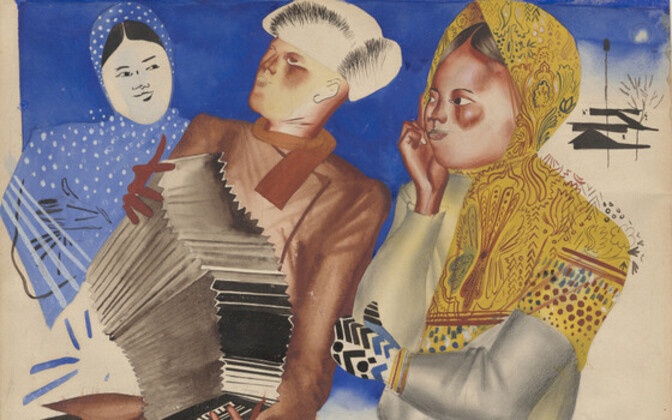 By Leeann M. ParadisoSeptember 26, 2022No Comments

Rubinstein belongs to the first generation of post-war art collectors, who began collecting in the second half of the 1950s, just after Stalin’s death, a practice deemed dubious by the Soviet government.

Rubinstein collected Russian avant-garde art before it was officially banned as “hostile formalism”.

The curator of the exhibition said the collection stands out for its size, high artistic caliber and “unique” choice of artists.

Besides the great masters, Rubinstein acquired the works of obscure and persecuted painters.

The collection also contains stage designs, sketches of theatrical costumes and graphic portraits of prominent figures on the art scene during Rubinstein’s lifetime, representing the collector’s inner circle of friends and acquaintances.

The exhibition is part of the Mikkel Museum’s 25th anniversary celebration.

Rubinstein had family in Estonia and in the 1920s he often spent his summer holidays by the Estonian seaside in Käsmu or Pärnu, said Mikkel museum director Aleksandra Murre.

“With the inclusion of this exhibition in the Mikkel Museum’s jubilee program, the museum draws attention to the complex issue of art collecting in Soviet times,” she added.

The exhibition will be presented by the curator, Olga Sugrobova-Roth (in Russian), and the current owner of the collection, Tanya Rubinstein-Horowitz (in English, with translation into Estonian) on October 1.

The entire public program of the exhibition is available here.

From 12 to 15 on the same day, there will be a seminar commemorating the 25th anniversary of the Mikkel Museum.

The seminar will cover the activities of founding and opening the museum, as well as the transfer of the collection of Johannes Mikkel (1907-2006) to the museum.

The event focuses on the development of Estonian art after the restoration of independence.