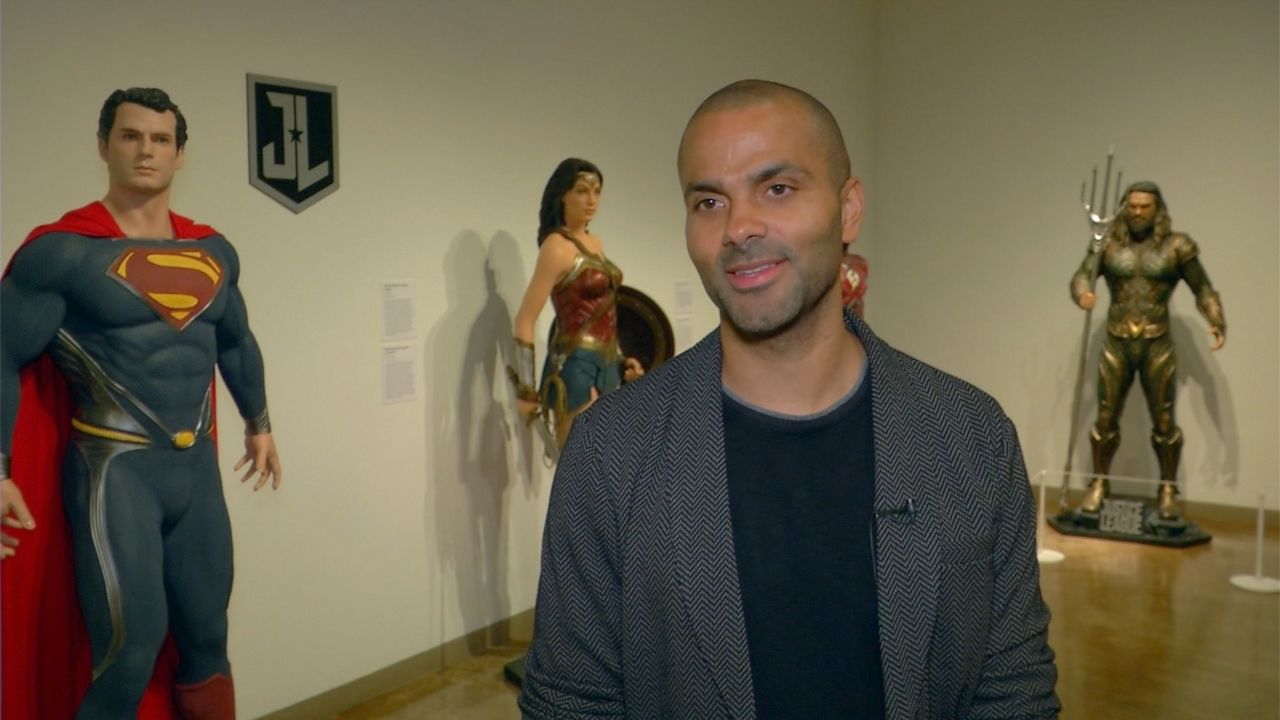 SAN ANTONIO — Tony Parker has delighted the San Antonians with his game on the basketball court for the better part of two decades.

Starting in June at the San Antonio Museum of Art, Parker’s collection of life-size movie and comic book characters will provide the fun.

“I thought it would be a once-in-a-lifetime experience for the people of San Antonio,” Parker said. “It’s not every day that you get to see a collection like this.”

The former Spurs guard shows off around 40 statues, most of which are from the Marvel and DC comic series. It’s a side of Parker that has rarely been seen, at least publicly, during his playing career.

“I never thought I would share it,” Parker said. “Reminds me of my childhood. I used to read books when I was a kid.”

His collection of statues began when friends ran out of gift ideas while he was still in the NBA.

“They started with small, small statues, and I liked that,” Parker said. “Then I was like, ‘Can we have life-size statues?

The answer was yes.

Parker eventually got in touch with Studio Oxmox, the Australia-based sculptors who make the scale figures for film premieres.

Parker and his friends in front of the Hulkbuster. (Spectrum News 1/Adam Rossow)

“My favorite is the Hulkbuster because of the story and the experience he’s had,” Parker said of the 11-foot figure, which took several friends to help build. “All of these statues come in different pieces, in different boxes, and you have to put it all together. This one was a beast.

Spurs fan Bryan Hixon attended the exhibit premiere. He said he downplayed the exhibit in his head, but came away impressed with Parker’s collection.

“It really blew my mind that he had all these sculptures in his house,” Hixon said.

He said seeing this side of Parker made him even more impressed with the future Hall of Famer.

“He’s really down to earth and he fits in really well in San Antonio,” Hixon said. “I love the old Tony, and after being at this event, I love the new Tony that I didn’t even know.”

The exhibition lasts until the beginning of September.