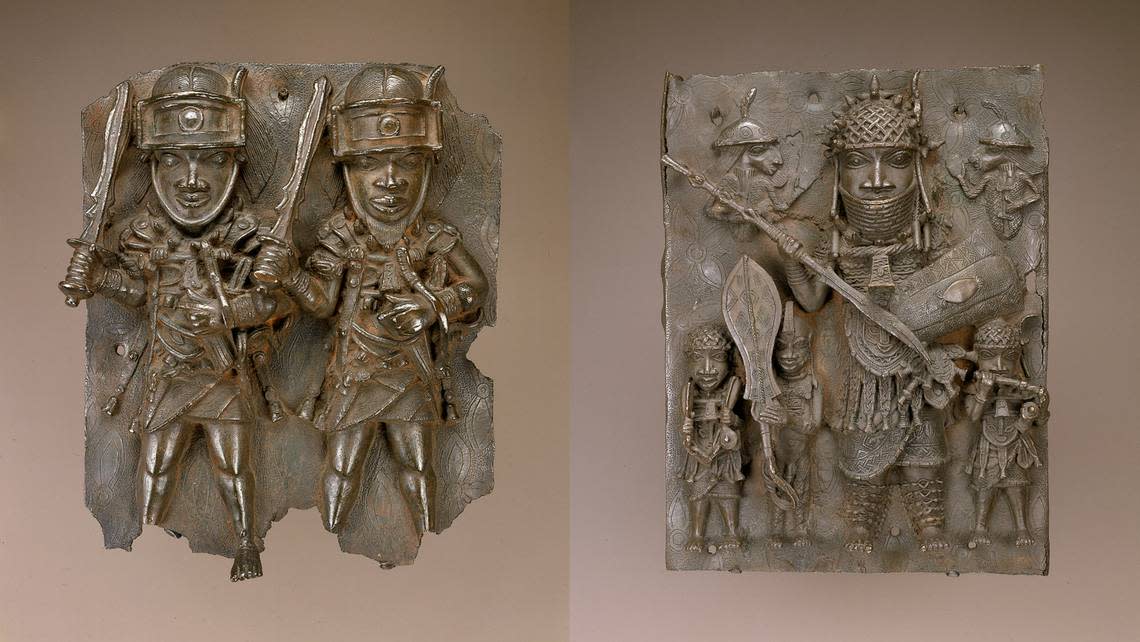 More than a century after being looted in Nigeria, a set of Beninese bronzes are coming home.

The Benin Bronzes – beautiful pieces of art and brutal testimonies to colonial history – are a collection of artefacts made by the Edo peoples of the Kingdom of Benin, located in present-day southwestern Nigeria, reported the Smithsonian Institute. According to the British Museum, the 3,000 bronze artifacts range from human and animal figurines to commemorative heads and cast plaques to record the history of the Edo people.

The bronzes were stolen from Benin City in 1897 when British soldiers looted the city, burned down the royal palace and exiled the Oba, or king, the Smithsonian reported. The Kingdom of Benin suffered a “bloody and devastating occupation” under British forces, the British Museum has said. The number of people who died during the British conquest remains unknown.

British soldiers stole all of Benin’s royal treasures, and these Beninese bronzes – as they came to be called – eventually ended up in museums and collections around the world, the Smithsonian explained.

Nigerians have been calling for the return of looted bronzes for decades, with formalized repatriation requests sent to museums in the UK, Germany and the US in recent years, the Smithsonian Magazine reported.

Twenty-nine bronzes stolen in that infamous and bloody raid ended up at the Smithsonian in Washington, DC – but not anymore. The Smithsonian Institute has transferred ownership of these bronzes to the National Commission for Museums and Monuments of Nigeria, the institute said in a press release Oct. 11.

Nigeria’s Minister of Information and Culture said in the press release that “Nigeria is immensely gratified…By returning the artefacts, these institutions are together writing new pages of history. Their courageous decision to return the timeless works of art deserves to be emulated.

The Smithsonian secretary said at the handover ceremony, “We realize as an institution that we are shared custodians of these collections. We are not owners,” reported the Washington Post.

The Smithsonian still has 26 Beninese bronzes of undetermined origin and plans to hold them until further research can determine if they were acquired ethically, according to the press release.

Benin City is about 190 miles east of Lagos.

6 ancient cities, stacked on top of each other, reveal thousands of artifacts in China