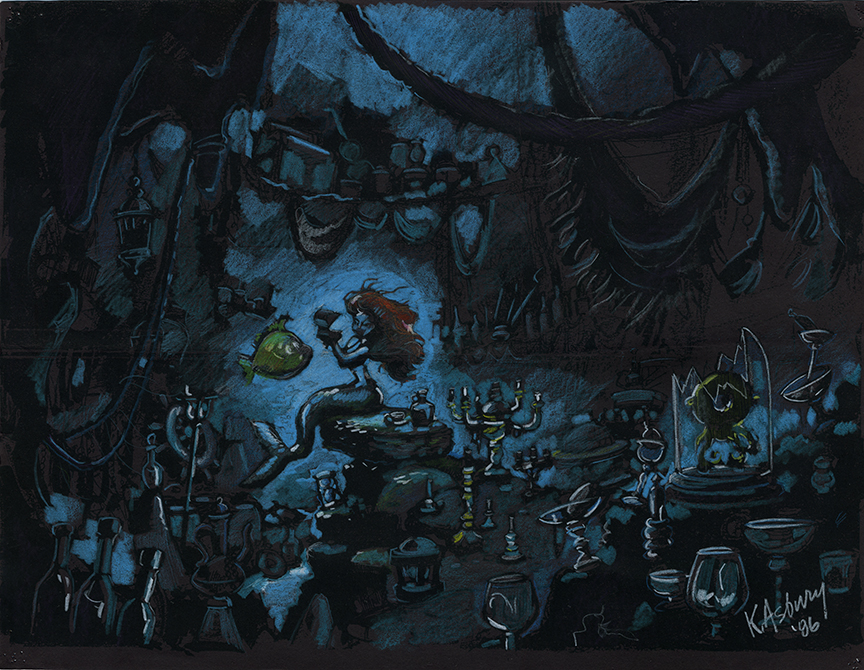 The exhibition presents the animation of former students, the production of an art collection | Nebraska today

A summer exhibition at the School of Art, Art History and Design’s Eisentrager•Howard Gallery will feature original artwork from popular films, animated television series, comic books and trading cards from a local collector.

“Building a Narrative: Production Art and Pop Culture” will be on display from June 3 to October 7 in the gallery, located on the first floor of Richards Hall. As part of the Lincoln Collects series, the exhibition includes over 140 selected works from the private collection of alumnus Trent Claus (2006, BFA), who is visual effects supervisor for Lola Visual effects.

The exhibition opens with a reception from 5 to 7 p.m. on June 3 in the gallery. The gallery will be open by request on weekdays (visit the Art Office at 120 Richards Hall for access) and Fridays from 12:30 p.m. to 4:30 p.m.

A catalog of the exhibition will also be available for sale.

Lincoln Collects is an ongoing series organized by the school to showcase works from notable Lincoln-area art collectors.

“We are extremely excited to show off Trent’s extraordinary collection of production artwork, including concept art, storyboards and visual effects from popular culture spanning TV and cinema,” said Francisco Souto, director of the School of Art, Art History and Design. “This exhibit will be the first of its kind to be presented at Lincoln and will represent the second edition of the Lincoln Collects series of exhibits. Trent’s collection of concept art will give the community rare insight into the impact of storytelling on popular culture and how it has shaped our own personal narratives.

Claus has been collecting this art for 25 years.

“What it all has in common is that this is a work of art that was generated on the way to the final product,” Claus said. “So a lot of pieces aren’t seen much by the general public, and a lot of artists aren’t known to the general public. It’s exciting to shine a light on them and their work and see all the artistry and collaboration going on behind the scenes of the things we all know.

Claus said the centerpiece of the exhibit will be his animation collection.

“It will be laid out in a giant grid so that there is one room per show, and there are 90 different TV shows represented,” he said. “And what really sets it apart isn’t just the sheer volume of shows. But most of the time when you see animation cels on display or for sale what you see is the cel then there is a breeding background as there can be hundreds of cels for each background plan. Each of the 90 cels in the show has the original hand-painted background, which is a huge rarity.

The wall will include cels from “The Flintstones” (the first animated prime time show), “The Smurfs”, “Transformers”, “GI Joe”, “The Simpsons”, “Rugrats” and “Ren and Stimpy”.

The exhibit will include highlights of everything from “Star Wars,” including a concept piece from artist Ralph McQuarrie’s “Return of the Jedi,” to “Star Trek,” “The Goonies,” “Labyrinth,” Ghostbusters”, “Beauty and the Beast”, “Cinderella”, “Sleeping Beauty”, and “Dances with Wolves”. There are also original comics and paintings from the Garbage Pail Kids Trading Cards.

Claus hopes the exhibition will attract a wider audience for the gallery.

“I hope it’s something that could attract the public to see art that wouldn’t normally be in an art gallery,” he said. “Because there’s a lot of pieces here that can strike a nostalgic chord with people who have a general interest because it’s such a part of pop culture, that I hope people will bring the family. I think there is something out there for just about everyone.

Claus, who recently returned to Lincoln, said the exhibit was a milestone for his collection.

He encourages people to come and see his collection.

“There’s definitely something here from something they saw,” he said. “I think there’s something to be said for seeing the art in person, and this is no exception.”