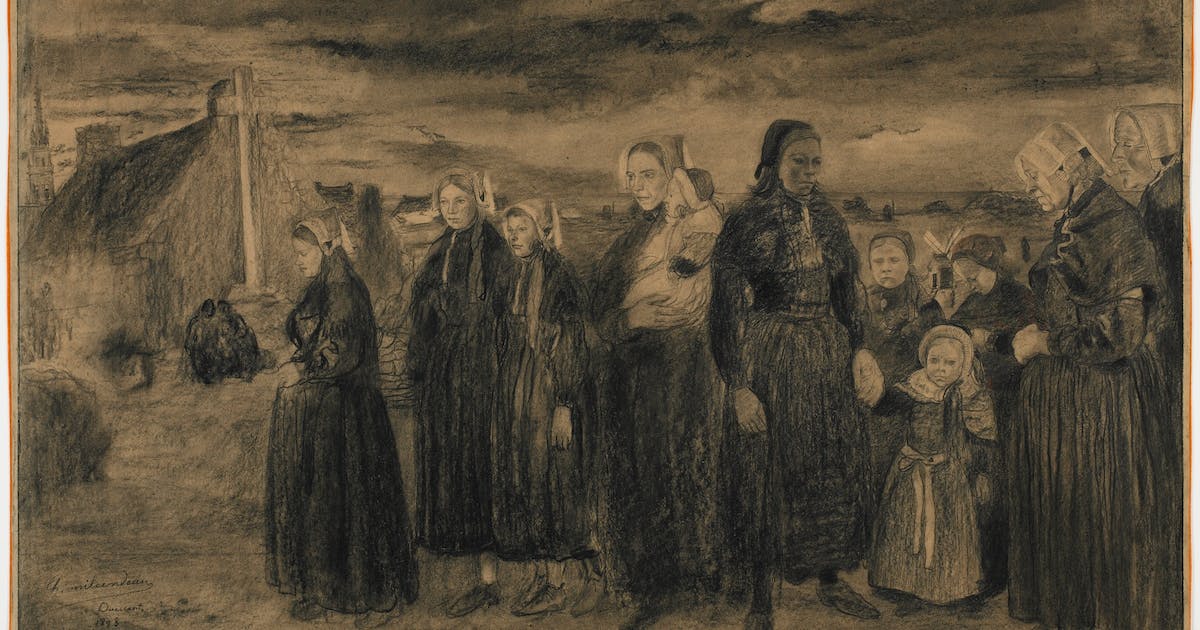 The best way to start a world-class art collection? ‘Listen to your mom’

It was 1969, and art historian Gabriel Weisberg was in Europe, working on a book about French painter François Bonvin, when he received a call from his mother.

“She said, ‘You know, there’s a wonderful drawing by Bonvin for sale in a gallery in London’ and I said, ‘Really?’ “

So he goes to the gallery with his wife, Yvonne, to see “The Old Beggar”, an 1853 work showing an oppressed man gazing at his shadow.

They quickly bought it. “It was all because of my mom,” said Weisberg, a professor emeritus at the University of Minnesota. So: listen to your mom!”

It was the start of an art collecting journey that amassed over 200 works. Nearly a third of them are now on display at the Minneapolis Institute of Art, which the Weisbergs intend to house permanently for their collection.

The 62 paintings and drawings in “Reflections on Reality: Drawings and Paintings from the Weisberg Collection” – which the couple donated or pledged to the museum – focus on portraiture, landscape and the marginalized. Dating from approximately 1830 to 1900, many works are muted or darker in tone – a stark contrast to the more well-known bright palettes of Impressionism. (A second round of the collection, focusing on 1900-1930, will go on display early next year.)

In “Women and Children at Ouessant” by Charles Milcendeau (1898), fishermen’s wives and children gather after a storm, hoping for the return of their men. “The Study of Drawing: Portrait of Yves Österlind, Nine Years” (1901) by Louise Catherine Breslau depicts a boy with thick blond bangs staring placidly at the artist. And in “Vagabond seated in a field” by Jules Adler (circa 1900-09), a guy is lounging while passing the time.

“People are rethinking museums and their functions right now – what art should present and what stories should be told,” said Mia curator Tom Rassieur. “People who are marginalized. The little guy. And who stands up for people. These artists [in the Weisberg show] were thinking alongside what we think about today.”

“The crazy writer, study for ‘Les Fous'” (1885) by Jean Béraud shows a bearded man standing in profile, his pocket overflowing with pages. (He may have been a writer, but he may also have just been a patient of the local psychiatric ward.) Color lithograph by Georges Paul Leroux “Exposition Universelle – Palais de l’Optique La Grande lunette de 1900”, accompanied of a study, became the poster for the Universal Exhibition in Paris in 1900.

A journey through the collection

The Weisbergs first met on a boat from New York to Europe in 1966.

Gabriel, who grew up in New York, traveled to France to work on his thesis on the famous art critic Philippe Burty. Yvonne was returning to Switzerland after a year on the west coast of Canada. They spent the trip together, arrived in Paris, and the rest was history.

Weisberg’s career took him to universities in New Mexico and Cincinnati, and a Guggenheim Fellowship in 1982. Three years later, he landed at the University of Minnesota.

Together the couple wrote “The Realist Debate: A Bibliography of Realist Painting” and spent more than 50 years scouring Paris flea markets and the backrooms of art dealers in search of realistic works. and naturalists of French and Belgian artists.

Much of the work in this exhibition is reminiscent of Depression-era artists in the United States who portrayed the plight of the working class rather than the fanciful lives of aristocrats.

It is a period of art history that Weisberg hopes will become better known in the United States.