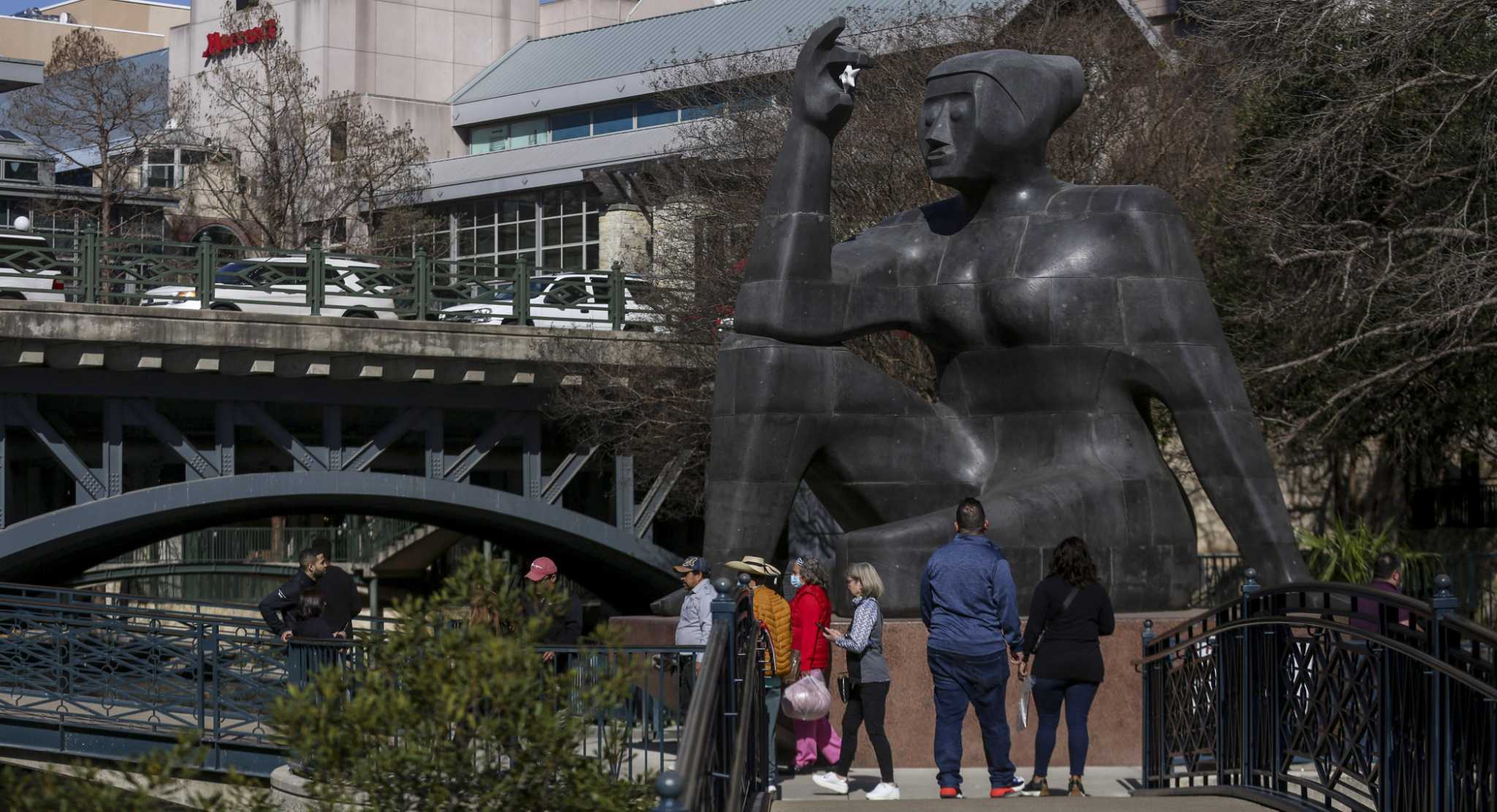 Artist Pedro Reyes is delighted that “Stargazer (Citlali)”, the 16-foot-tall sculpture he hand-carved in volcanic rock for the River Walk, is already becoming a popular place for art lovers and selfie lovers.

“That’s what you’re aiming for, for people to take ownership of it, for it to become a place where people go to take a picture and also to enrich the city,” said Reyes, who is based in Mexico City.

The eye-catching stylized sculpture, which was commissioned as part of the city’s tercentenary celebration in 2018, is set on a 5-foot base. It depicts a seated woman, one leg nonchalantly crossed under the other, gazing at a small marble star she is holding in her hand. It sits at the fork of the San Antonio River between the Rivercenter shops and the convention center.

“Stargazer” was unveiled last week. There’s still some landscaping to do around the room, but the city’s Department of Arts and Culture wanted it out in the open for spring break visitors to enjoy.

From ExpressNews.com: A Guide to Public Art Gems Along the Museum Reach of the River Walk

It is the latest piece of public art installed in recent years along this stretch of the River Walk and at street level. “Stargazer” sits just yards from two iterations of “Bloom,” Leticia Huerta’s whimsical series of huge flowers made from oversized bicycle parts.

More is to come. A Gary Sweeney sign will soon be added to the garden. And work is underway on the adjacent Labor Plaza, which will include visual arts and poetry by Octavio Quintanilla, who was the city’s Poet Laureate from 2018-2020.

The square is expected to be completed later this year, said Krystal Jones, acting director of the Department of Arts and Culture.

This concentration of public art is meant to send a message, Jones said.

“When people come to visit our town, they say, ‘Oh, I’m going to head for the River Walk,’ they take a boat trip, and they experience art,” she said. “They realize, if they didn’t already know it, that San Antonio is a huge artistic and cultural destination. They have a great condensed and robust overview of it.

Reyes described the River Walk as “an open-air museum.”

He first visited San Antonio as a child, and the River Walk impressed him greatly. It means a lot to him to exhibit his work there, both because of his lifelong fondness for the city and because it is close to important pieces by two other Mexican artists. The mosaic murals that Juan O’Gorman and Carlos Mérida created for HemisFair ’68 – both titled “Confluence of Cultures” – face each other at the Convention Center.

“I’m honored to be in the company of artists I’ve always admired,” Reyes said. “And San Antonio is just a city that Mexicans, we love a lot – there’s a kind of deep friendship that you can feel that comes through in so many things, like in the architecture, in the food. There’s has something that is in the city palette.

“When I was invited, I was very humbled and very happy to receive this assignment, because since my childhood I have enjoyed this place very much. It is the greatest work I have ever done, and I think I’ve been preparing my whole life for an opportunity like this.