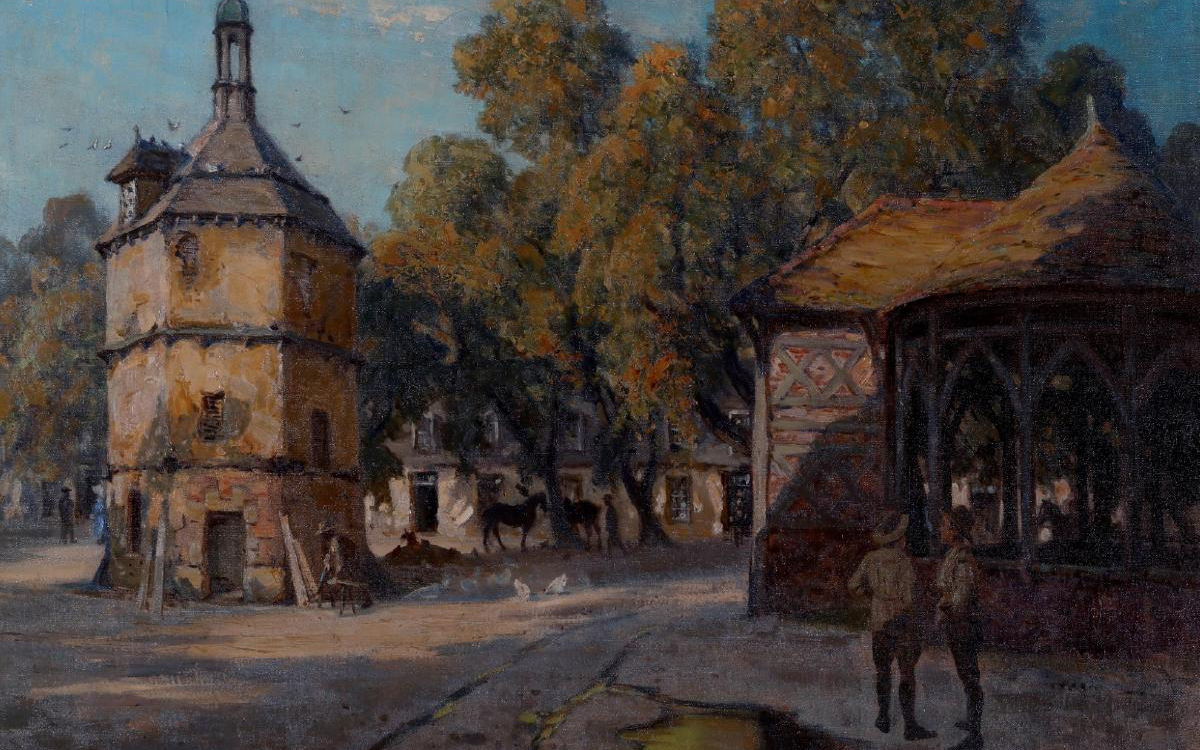 The Lithuanian immigrant and resident of Wollongong bequeathed around 100 works by leading Australian artists, including Grace Cossington-Smith, Arthur Streeton, Pro Hart and Margret Preston, to the Gallery’s collection in 1977.

A gallery room belonging to the Council, containing both the art collection in question and a plaque honoring Šredersas, is currently named in his honor.

According Guardian Australiaformer Wollongong councilor Michael Samaras has revealed documents suggesting that Šredersas was involved in the Waffen-SS intelligence service – known as the Sicherheitsdienst – during the German occupation of Lithuania in World War II .

A subsequent investigation by the NSW Jewish Board of Deputies and the Sydney Jewish Museum confirmed the allegations.

Wollongong City Council has promised to respond to the revelation in a “caring, sensitive and culturally appropriate” way.

Lily: What happens to art caught in the crossfire of war?

It is understood that Šredersas hid his identity after moving to Australia in 1950.

In an interview with The AustralianSamaras said: ‘[The Wollongong City Council] should have a public process that leads to removing the plaque, changing the name and interpreting it correctly… It has to be about education and understanding if this is going to have any kind of positive contribution.

Wollongong Mayor Gordon Bradbery told the ABC: ‘A deal [was reached] between the Jewish Museum and the Council at this stage to meet, review the content and discuss how we represent the collection there going forward.

“We need to have this meeting, and then it will be an ongoing effort by both of them to represent this collection in a respectful way,” he said.

Wollongong City Council issued a statement on June 20 on the fallout from the discovery, which is reproduced below in full:

Wollongong City Council confirms that we have received a copy of the report from the Jewish Museum of Sydney’s resident historian, Professor Emeritus Konrad Kwiet, who investigated the Nazi allegations made against Bronius ‘Bob’ Srederas, late on Friday 18 June 2022.

We are currently reviewing the report and its recommendations to ensure that the most appropriate action is taken on the findings.

We will comment further on our next steps once we have had the opportunity to review all of the information in the report and consult with key stakeholders, including the Jewish Museum of Sydney, later this week.

We take our role and responsibility as stewards of Wollongong Art Gallery on behalf of our community very seriously. We remain mindful of how this sensitive subject can impact our community, including those who are Jewish.

We continue to focus on a thoughtful and sensitive approach, working in partnership with the Jewish Museum of Sydney.

A related statement was posted on the Wollongong Art Gallery website and a copy of the same statement was installed at the entrance to the Sredersas Gallery, The Australian reports.

An update from Wollongong Council

After meeting with the Sydney Jewish Museum today (Wednesday June 22), Wollongong City Council issued a further statement via its website.

In the statement, Wollongong City Council chief executive Greg Doyle said: “The extensive research undertaken by Professor Kwiet for this report is invaluable.

“The history of our gallery and the relationship of the city with Šredersas will change from this knowledge.

“We will respond to this in a caring, sensitive and culturally appropriate way for everyone involved. How we do this will now be the Council’s immediate focus, and we will keep our community informed as we move forward in this process,’ Doyle said.