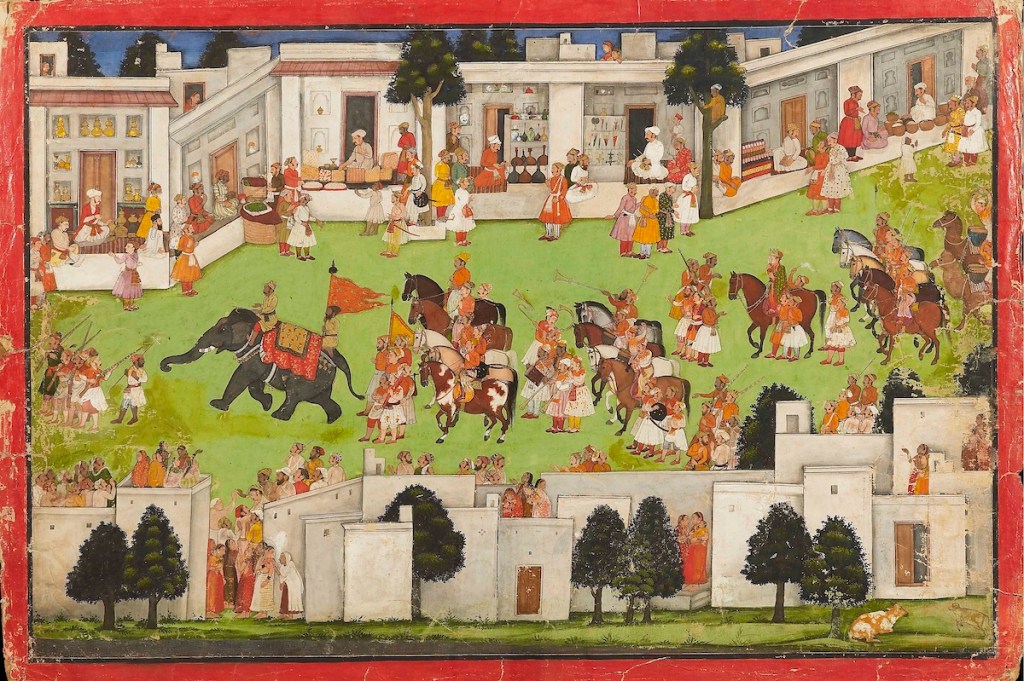 The Metropolitan Museum of Art has acquired 84 works of Indian art that once belonged to artist Howard Hodgkin, who died in 2017. The works are set to go on display at the museum in 2024 as part of an exhibition that will also include 38 other pieces. from Hodgkin’s collection which are on loan but have not been formally acquired.

Hodgkin’s collection is widely considered significant, with works spanning several centuries and various mediums. Portraits of courtly rulers, nature images and pages from the early period of the Mughal Empire were among the works the Met added to its holdings.

But Hodgkin’s collection has also come under scrutiny, due to its provenance.

In 2021, the Guardian reported that the Ashmolean of Oxford, England, refused to acquire the collection. Alexander Sturgis, director of the museum, said at the time that it was because curators could only establish a “clear and certain” provenance for around 40% of the works there. Antony Peattie, Hodgkin’s partner, told the publication that the artist prioritized “quality, not provenance,” when purchasing these works, and that he purchased them from international resellers.

This Guardian the report also included word that Met trustees were interested in acquiring the collection.

A Met spokesperson declined to comment. ART news over alleged provenance issues, saying in a statement: “The Met is delighted with these two developments – to have purchased a number of works from the wider collection and to be able to present the entire collection to the public in 2024.”

The Guardian said Hodgkin had wanted his collection to stay together. It now appears, however, that it was technically split, as the Met only acquired around two-thirds of it. Still, the loan of the remaining works – still held by the Hodgkins estate – means the entire collection of Indian art can be shown at the 2024 show.

The Met said the works it has acquired will reside in its Asian and Islamic art departments.

Hodgkin was widely known during his lifetime as an abstract painter. He represented Britain at the Venice Biennale in 1984 and had a retrospective at Tate Britain in 2006.

One of his abstract paintings has also been added to the Met’s collection, which already has some prints by the artist, as part of the Indian Art Acquisition.

Max Hollein, director of the Met, said in a statement: “Howard HodgkinThe collection of represents an artist’s eye for great beauty and reflects his passion for an extraordinarily wide range of Indian painting, which he has brought together in a stunning group of works. We are delighted to display these works in the context of Howard’s entire collection, thanks to the additional loan from his trust.