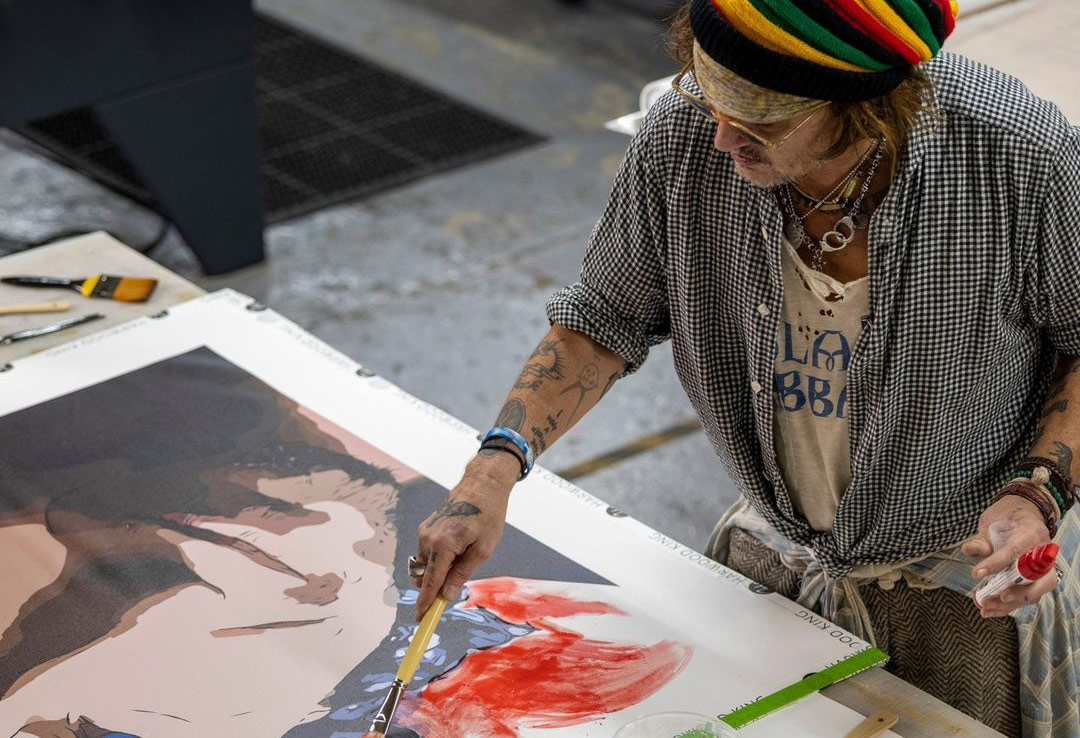 Johnny Depp, who dominated public discourse around his infamous lawsuit with Amber Heard, has since ventured into the professional art world with his first art collection, amassing an estimated £3million within hours only, Sky News reported.

The Pirates of the Caribbean alum took to Instagram and announced to his more than 27 million followers that his works would be exhibited for the first time at the Castle Fine Art gallery in Covent Garden, London. The series, titled “Friends And Heroes”, features four portraits of people who inspired him.

The four people in question are: actor Al Pacino, Keith Richards of the Rolling Stones, actress Elizabeth Taylor and singer Bob Dylan. Depp’s collaboration with the Castle Fine Art gallery also involved the sale of prints of the aforementioned pieces alongside “characteristic freehand pieces”, which sold out within hours.

“Each image is an intimate reflection of their character in Johnny’s eyes; a representation of how they revealed themselves to him. From his dear friend Keith Richards, who inspired the mannerisms of the infamous Captain Jack Sparrow, to Bob Dylan, whose creative influence on the artist is seen in his living and immortal portrayal of Johnny,” the gallery wrote on the collection.

According to the Sky News account, following Depp’s announcement on Instagram which linked to the page where you could buy the works, Castle Fine Art’s website crashed amid massive traffic. All 780 images had been purchased, including the individual framed prints at £3,950 each and the four at £14,950.

The gallery took to their official Instagram page today to announce that the collection is completely sold out. “The world premiere release proved to be our best-selling collection to date, with all titles selling out in just hours,” Castle Fine Art continued.

This likely won’t be the last showcase of Depp’s work with the gallery, as more is to be expected in the future.

“I’ve always used art to express my feelings and reflect on those who mean the most to me, such as my family, friends and people I look up to,” Depp said, according to Sky News. “My paintings surround my life, but I kept them to myself and limited myself. No one should ever limit themselves.