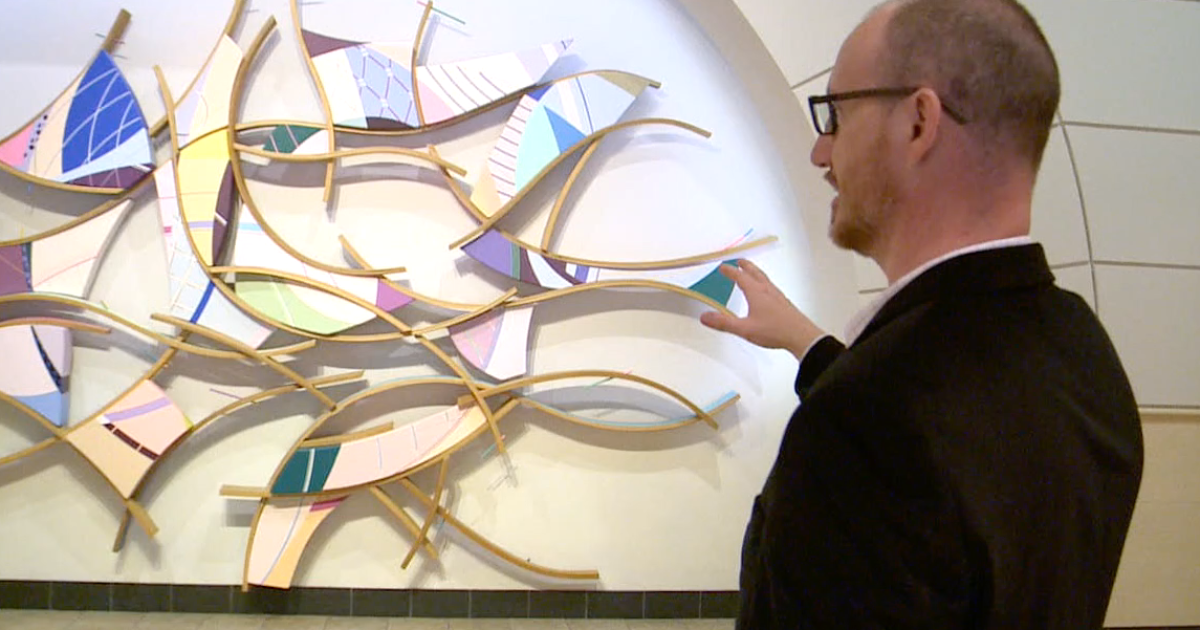 GVSU has the second largest art collection in the state

By Leeann M. ParadisoAugust 3, 2022No Comments

ALLENDALE, Mich. — By now, most people know that art has a major influence on West Michigan. You can expect to see pieces on display at museums, downtown Grand Rapids, Frederik Meijer Gardens and the Sculpture Park – really everywhere.

However, many of you may not be aware that the largest collection in western Michigan, and the second largest in the state, is not housed in any typical art space. Rather, you can find it at Grand Valley State University.

The university strongly believes that art and education go hand in hand, an idea first introduced by former President Emeritus Arend ‘Don’ Lubbers over 20 years ago.

“One of those essential environmental characteristics that the then president really wanted to infuse into the environment, knowing that being surrounded by art does something for our students,” said Nathan Kemler, director of galleries and GVSU collections. “Learning from the stories of others and building those perspectives (and) influencing different fields of study from new angles was something that really interested him, in which he saw merit.”

GVSU’s collection stands out from other art galleries because their approach is unparalleled. The school wanted to break with the exclusive stereotypes anchored in the art world by presenting the pieces in public spaces with free access.

“Yes, that’s one of Grand Valley’s core values,” Kemler said. “It’s always been in the kind of fabric of the university here that makes learning accessible. It’s not necessarily about paying a lot of money compared to other higher education universities. Same with art. There is no charge to come and see the artwork. You don’t have to pay admission. You don’t have to travel. It’s pretty much a matter of coming in any of the buildings, any of the grounds, any of the campuses. We have Detroit, Traverse City, Muskegon, Holland, Grand Rapids, Allendale – all public buildings are infused with art.

GVSU’s collection contains works of art from nearly every continent spanning hundreds of years. It is second in size to the Detroit Institute of Arts, which has 65,000 pieces collected over more than 100 years.