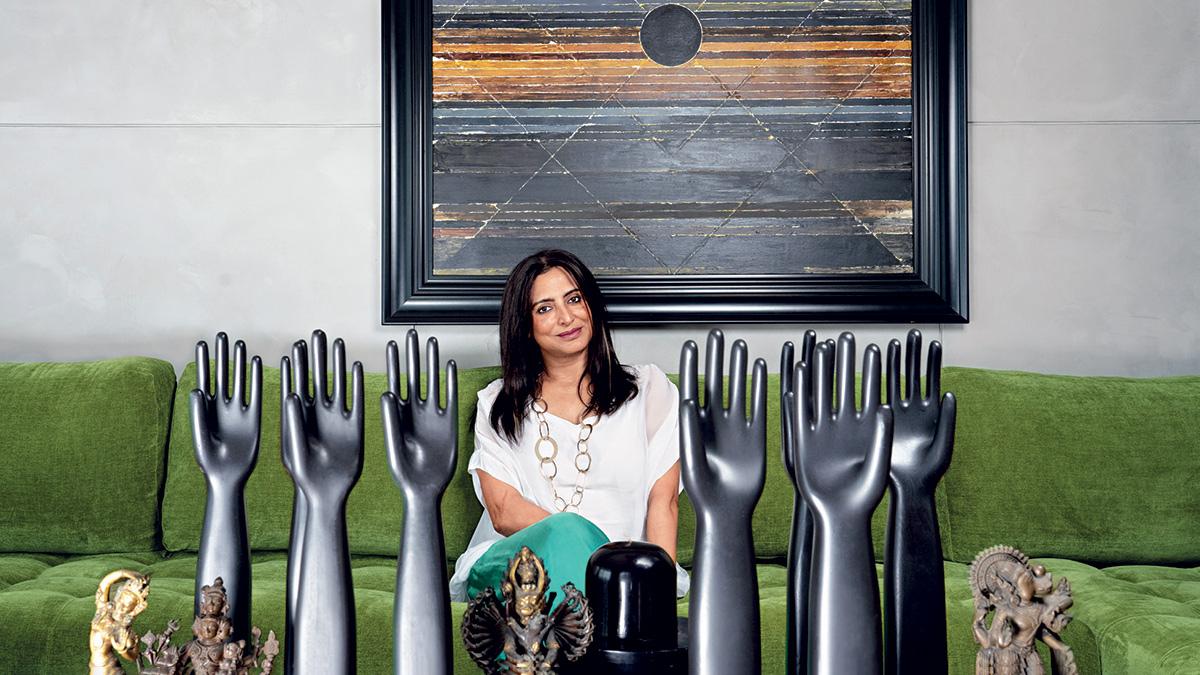 “For me, the art comes from my paternal grandmother,” says Roshini Sanah Jaiswal, promoter and director of restructuring at Jagatjit Industries Ltd, one of the oldest distilleries producing potable alcohol in the country. turning to art or thought it was cool, she started collecting it. Lakshman Pai, Satish Gujral, MF Husain, were his friends. She was part of that circuit, so the art collection started,” says Jaiswal. His parents soaked up that collection and developed their own passion and taste for art. Growing up surrounded by art, he was natural for her to be interested in. However, her taste in art is different from what her parents or grandmother liked. is different from what my parents collect. I don’t really want to to attack so many Indian masters. I love international art, whether it comes from Brazil, the United States or Iran. For me, it is about exploring what attracts me to me, what which is dif different from what attracted them.

Jaiswal does not have too many Indian masters. “I have a few Razas and Souzas, but that’s because those particular pieces really appealed to me. Otherwise, I’ve completely given up on contemporary modern Indian art.

Jaiswal selects works by international artists from galleries in London and the United States. She also makes time to visit galleries and museums during her visits abroad. “I like to see how other countries look at art. And then, budget permitting, if I can, I take something from this country. I picked up two pieces of art from Vietnam a few years ago.

Jaiswal is drawn to female empowerment as a theme and has works by different artists showcasing it. Shirin Neshat, an Iranian photographer living in New York, is one of her favourites. Another photographer whose works she likes is Alex Prager, an American.

“I buy a lot of artists who, although world famous, are not really known in India. So when my parents come into my house they say ‘ok, it’s different’,” Jaiswal laughs. “For me, it’s the engine. The works speak to me. It’s pure love. It can be any medium, including photography,” she says, adding that price is not a determining factor. “Something could be just $500 and I might really like it.”

For Jaiswal, art is not an investment. “It hangs on my walls, I better love it,” she says empathically. “A lot of people look at art from an appreciation perspective. I buy it for what it means to me. Not because the price is going to go up at some point.

Among Indian artists, it has works by Dayanita Singh, Himmat Shah, LN Latur and A. Balasubramaniam.