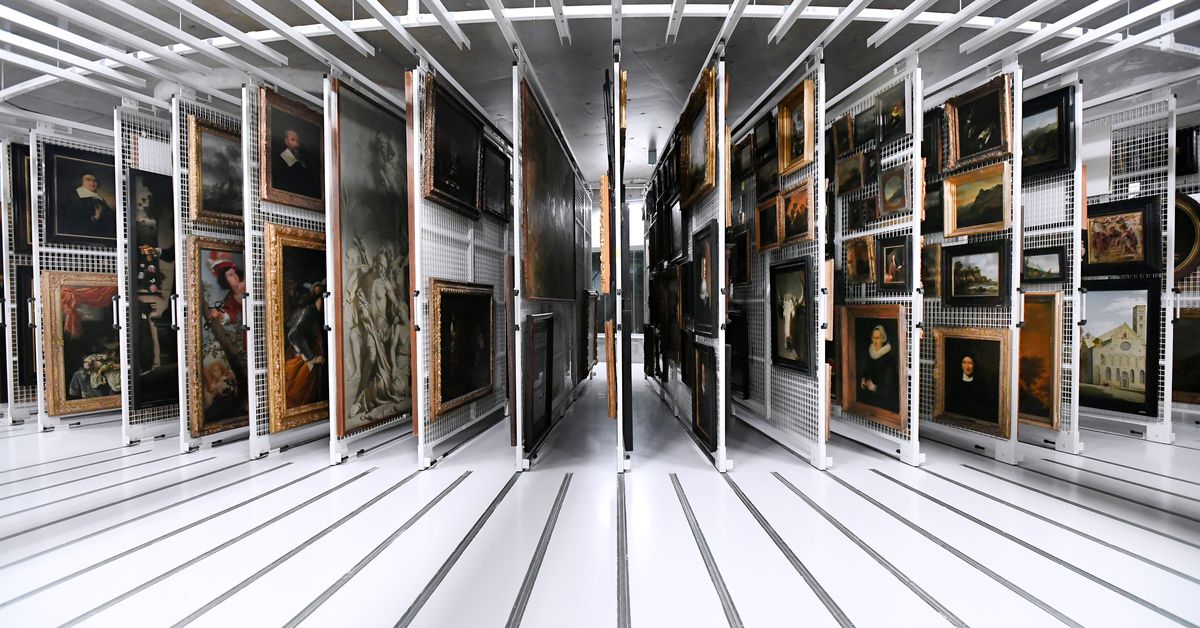 ROTTERDAM, Nov 5 (Reuters) – The Dutch art and design museum Boijmans Van Beuningen opened a magnificent mirrored warehouse called “Depot” on Friday to display the bulk of its collection normally kept in underground storage, at the out of public view.

While most museums only have the space to show a small part of their overall collection, the Rotterdam Art Museum has now unveiled 151,000 works of art to the public in an airy, multi-storey building, steel and glass.

Boijmans director Sjarrel Ex told Reuters that art museums usually only show the tip of the iceberg in their collection, meaning 93% of works are never exhibited.

A view of works of art as the Dutch Museum Boijmans Van Beuningen opens its ‘Depot’, a striking new building to house parts of its collection normally hidden from public view in Rotterdam, the Netherlands, November 5, 2021 REUTERS/Piroschka van de Wouw

“There comes a time when the things you (can’t) watch fall into oblivion,” Ex said, adding that the new building can accommodate more than 60,000 visitors a year on guided tours or following a defined walking route.

The repository, which showcases Dutch figurative art from the early Middle Ages to the 21st century and has one of the most important drawing collections in the world, offers a very different experience from the usual museums.

“There is no editing in this repository,” Ex said, adding that people can randomly explore the warehouse according to their own curiosities and glean information about the works on a special app or by scanning a QR code.

Long-running plans to create the public repository received an additional boost in 2013 when flooding threatened the museum’s collection in underground storage. It was decided that the artwork would be safer with good security above ground, Ex said.