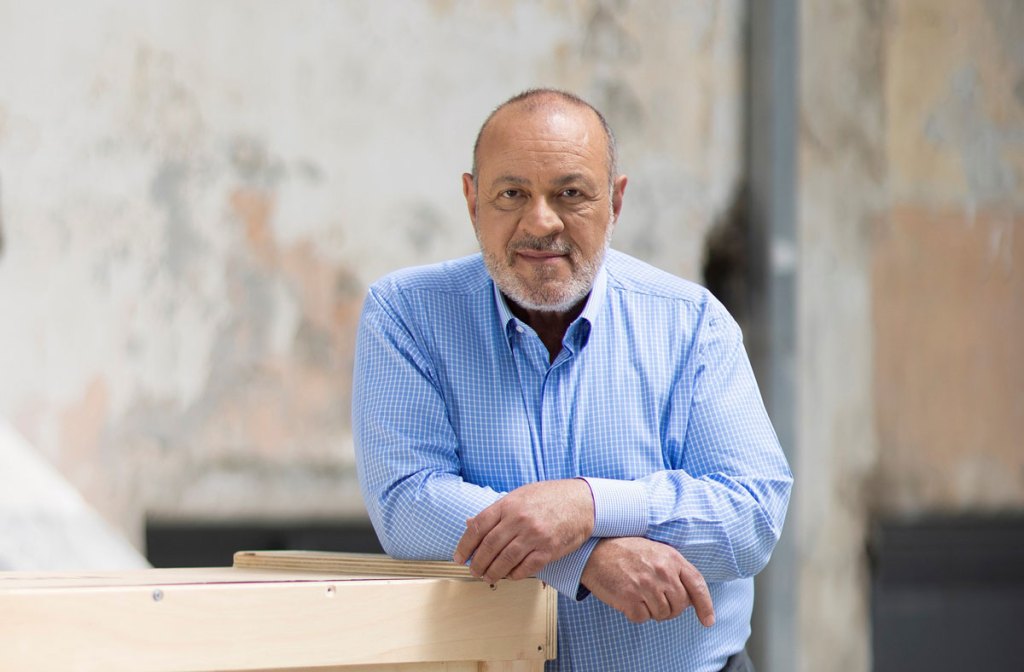 Dimitris Daskalopoulos explains why he donated his art collection – ARTnews.com

By Leeann M. ParadisoOctober 17, 2022No Comments

A device on the ART news List of top 200 collectors Until he stopped acquiring art three years ago, businessman and entrepreneur Dimitris Daskalopoulos recently decided on the future of his art collection, offering over 350 works by 142 artists to four institutions: 140 pieces will go to the Greek National Museum of Contemporary Arts (EMST); a hundred of them will be jointly owned by the Guggenheim and MCA Chicago; and 110 head for the Tate.

Daskalopoulos, who began collecting in 1994, has long served on the boards of these institutions, as well as on the board of directors of the new museum. He is a founding partner of the Whitechapel Gallery Future Fund and is also responsible for establishing NEON, a non-profit organization committed to bringing contemporary culture to the public in Greece.

What sets her collection apart is its focus on large, complex, and challenging works of art, such as 1991 by Helen Chadwick. piss flowers sculptures, cast in bronze from motifs made by the material of their title, and the vast installation by Annette Messager in 1995 Dependence/Independence, which includes fabric, photographs, ropes, fishnet stockings, stuffed animals, nets, plastic and lamps. The following is a digest of an interview with Daskalopoulos conducted by ART news editor Sarah Douglas at the Peggy Guggenheim Museum in Venice last April.

My collection was on contemporary art From the beginning. It wasn’t about my house, it wasn’t about creating wealth. That’s why I had the audacity to buy all kinds of big jobs. I believe my collection has become respectable because it has consistency. He never swerved on must-have artists or new artist or new star. He was very clear to me what to buy and what to reject. I always say that when you’re building a collection, what you discard is more important than what you buy. A few years ago I stopped collecting when I felt like my collection was saying what it had to say.

Because my collection consists mostly of very large works of art, I – perhaps faster than someone who has 25 great paintings in their home – quickly took on a sense of responsibility for these works. I donated most of my collection – 350 works of art, all major ones – to EMST, Tate, Guggenheim and MCA Chicago. I kept things that I like to live with. And I kept some things that could eventually become a financial asset, or go into another gift or community benefit activities in the future.

As a collector, my starting point has always been a particular notion that even though I bought art and had title to it, I never felt like I owned it. the owner. I felt a respect for the artwork; I have always bought works of art for their expressive power. I respect that power, and I think of the artist behind it, the human being who struggled, maybe, or was inspired, and made this thing.

Another of my important values ​​is the way I have always admired the interaction of human beings with art. As much as I look at works of art, I look at people looking at them, conversing with them, and conversing with each other. Art is important to many people for unknown and magical reasons. It’s also something that pushed me to the idea that I can’t own these works and do what I want with them. When you collect a large number of works, I think you have a responsibility for their future. I think it’s wrong to say, as too many collectors do, “I don’t care; my heirs will know what they want to do.

Ten years ago, I created a foundation, NEON, with two founding principles: it won’t have its own space, and it’s not about promoting my collection. It is about exposing the public, from Greece and elsewhere, to the challenges and ideas of contemporary art. It was my mantra. I avoided lending to the foundation from my collection, because I wanted to make it very clear what the foundation does: at NEON, we commission new works and borrow works from others for the purpose of making exhibitions for the public. It’s not about showing the artworks in my collection, although we did have an exhibition of the collection itself, and now a second, currently titled “Dream On”.

As for my belief that I didn’t want to have our own space, I had seen a lot of collector friends do that. It’s a very noble undertaking to want to show your art and open it up to the public, but I never felt like it was working. I’ve always felt there’s an anxiety in these organizations to just create something appealing and to repeat something appealing if they’re successful. I felt like they were stuck in their own construction, be it a building or a museum or whatever, shouting to the outside world, “Please come and see, we have beautiful things here!

Creating a private museum is a very expensive exercise if you want to do it. You need to equip it, not only with money, but also with management skills. And my business experience tells me that good companies and good foundations are run by people who start them and who are passionate about them. They are never managed by boards of directors or a family. These people lose track after a while – think of foundations that have no compass, no money, and no connection to the management originally dictated by the founder. You may then have situations where there are several legal issues related to trying to interpret the founder’s intentions long after his death. Trying to hear a voice from the grave is a big mistake. The world changes.

And then, when you look at Greece in particular, my little country has its own museum of contemporary art, which doesn’t need competition, it needs support. If you want the work to be seen by people, and to have those people kept in dialogue with other important art in a way that allows them to continue to converse with the art to come, there is no better solution than public museums.

In the gifts I made, there are no stipulations as to how often the works should be displayed. I’ve heard all the negative reviews from collectors doing this and from museums accepting these kinds of terms. This is something that irritates museums, the public and everyone. I’ve served on museum boards, so I know how difficult it is for museum management to follow these kinds of rules.

And, anyway, it doesn’t fit with my character. Why would anyone impose things on a museum? For selfishness and personal vanity? When museums and curators who love the work of art feel that the work belongs to them, they are more motivated to do things with it. They want to use it, show it to the public, encourage dialogue, involve new people and new ideas, instead of having to read a contract every month to see what they can or cannot do. I want to give museums and their audiences the freedom to enjoy the benefits that works of art have to offer.

A version of this article appears in the 2022 edition of ARTnews’ Top 200 Collectors issue, under the title “Give and Let Live”.