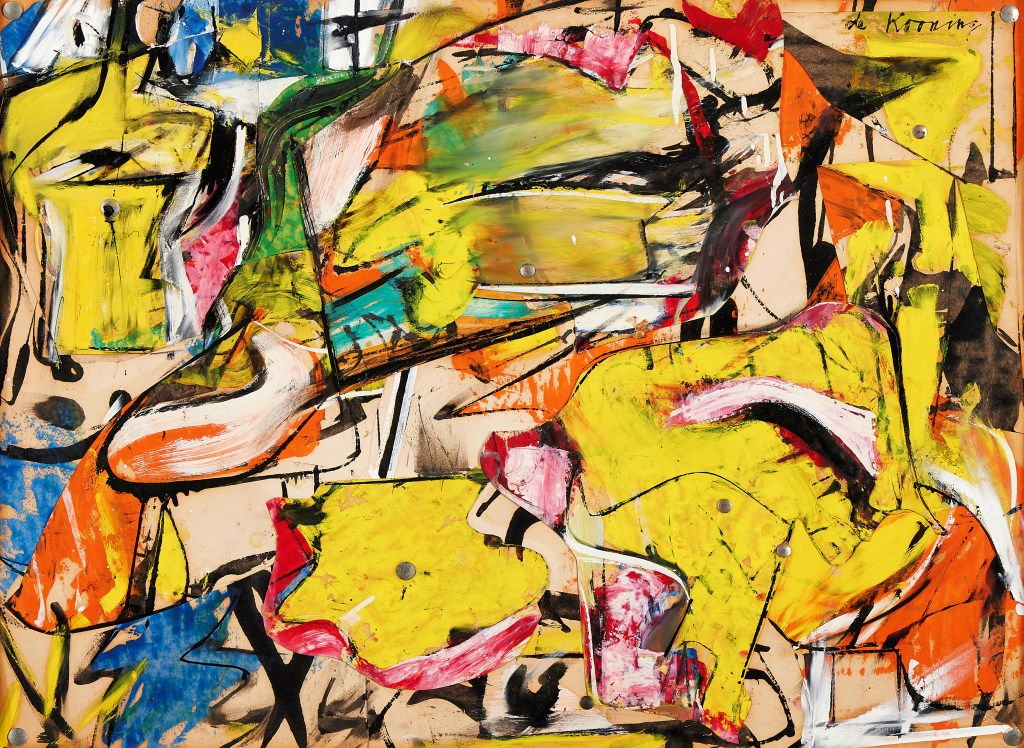 Works from the collection of David Solinger, lawyer and former president of the Whitney Museum who died in 1996 at the age of 90, will be offered by the collector’s family at Sotheby’s this fall.

A group of 90 paintings and sculptures by Picasso, Willem de Kooning, Joan Miró, Jean Dubuffetm and others will be sold at sales in New York and Paris. A slice of the best lots will be offered during a dedicated evening sale on November 14 at Sotheby’s New York. The sale to a single collector is expected to generate $100 million.

Among the best works to be offered as part of Solinger’s estate is Pablo Picasso’s 1927 portrait of Marie-Thérèse Walter, which the artist completed just weeks after meeting his first muse. The painting, woman in chair, an abstract view of the subject in a black, red and white palette, is expected to fetch $15-20 million.

A 1949 sculpture by Giacometti depicting three of the artist’s iconic walking figures, titled three men whothat Solinger commissioned from the artist after they met in the latter’s Parisian studio, will come up for sale alongside Joan Miró, Woman, stars, a gray-toned oil painting from 1945, featuring iconic designs such as stars, underlined figures, and eyes. The works could each bring in up to $20 million.

An abstract lacquer collage on a yellow background by Willem de Kooning is estimated between 18 and 25 million dollars. Solinger purchased the work directly from de Kooning during a studio visit when the artist was still relatively unknown and in financial difficulty.

In 1961, Solinger, then an established lawyer specializing in television and advertising law, became a trustee of the Whitney Museum. Five years later, he succeeded Flora Whitney Miller, daughter of Gertrude Vanderbilt Whitney, as chair of the board, becoming the first person outside the Whitney family to hold the position. As president, Solinger played a key role in growing the small institution’s stature by securing funding for a building on Madison Avenue, designed by Marcel Breuer, as well as opening a branch at 55 Water Street in Lower Manhattan in 1973.

In a statement, Oliver Barker, president of Sotheby’s Europe, underlined the importance of the collection not only for its ties to Solinger, a key figure in the post-war New York art scene, but for having been “inhabited from the time it was acquired”.

Focused on 20th century art, Solinger amassed a collection of around 150 works which also included works by Paul Klee, Fernand Léger, Franz Kline and Wassily Kandinsky, among others. He donated to several New York museums, including the Whitney, the Metropolitan Museum of Art, and the Solomon R. Guggenheim Museum. The collection was last exhibited in 2002 at Cornell, the collector’s alma mater.