Conservation is happening in our public art collection this spring

Four public works of art in Dorchester and Roxbury are preserved this month.

While setting up new public art projects in neighborhoods around the city is a big part of our job, we also make sure to take care of existing artwork. Many pieces in our collection are decades or even centuries old, and investing in cleaning and repairs is crucial to ensuring the works remain in good condition.

In the spring of 2021, we awarded an in-house physician contract to Daedalus, Inc., a local private art conservation firm that works with us to identify and process artwork in our collection. This spring we are delighted to begin work on four beloved works of art in Dorchester and Roxbury.

Fern Cunningham was a beloved Boston sculptor known for her many significant and expressive bronze sculptures in the city featuring African American children, families, and notables, including Get on board, a Harriet Tubman memorial in the South End.

Fern’s work Earth Challengers: The children of life and the hands of time was installed at Joseph Lee Elementary School in Dorchester in 1995, and The family circle was installed in Elm Hill Park in Roxbury in 1996. His play The value of life was later installed at Jeep Jones Park in 2012.

The bronze surface on all pieces shows signs of degradation consistent with exposure to air pollution, snow and ice. These conditions resulted in loss of surface coating and patina. With Daedalus curating the artwork, the sculptures will be cleaned, spot-patinated, and protected with an acrylic coating.

The Coppenhagen Fountain by artist Albert Atkins was installed on the north side of E Cottage Street in Dorchester in 1915, next to Boston’s oldest standing house, the Blake House. Funding for the statue was donated to the City of Boston by Cambridge resident Mehitable Calef Coppenhagen, who wanted the fountain to be dedicated to the memory of her parents.

After several years, the Coppenhagen Fountain fell into disrepair and actually disappeared from the original site. Remnants of the fountain were found in Franklin Park, where it was rebuilt in 1979. In 1992, it was hit by a truck, then rebuilt and placed in Edward Everett Square.

Today, the fountain no longer works and needs to be repaired. When assessing Daedalus, they found stains on the granite, as well as several cracked areas on the fountain. There are issues with parts dislodging and structural failure if the fountain is left untreated. Daedalus will clean, stabilize and repoint the surface of the stone. They will also clean, coat and reinstall the bronze plate. 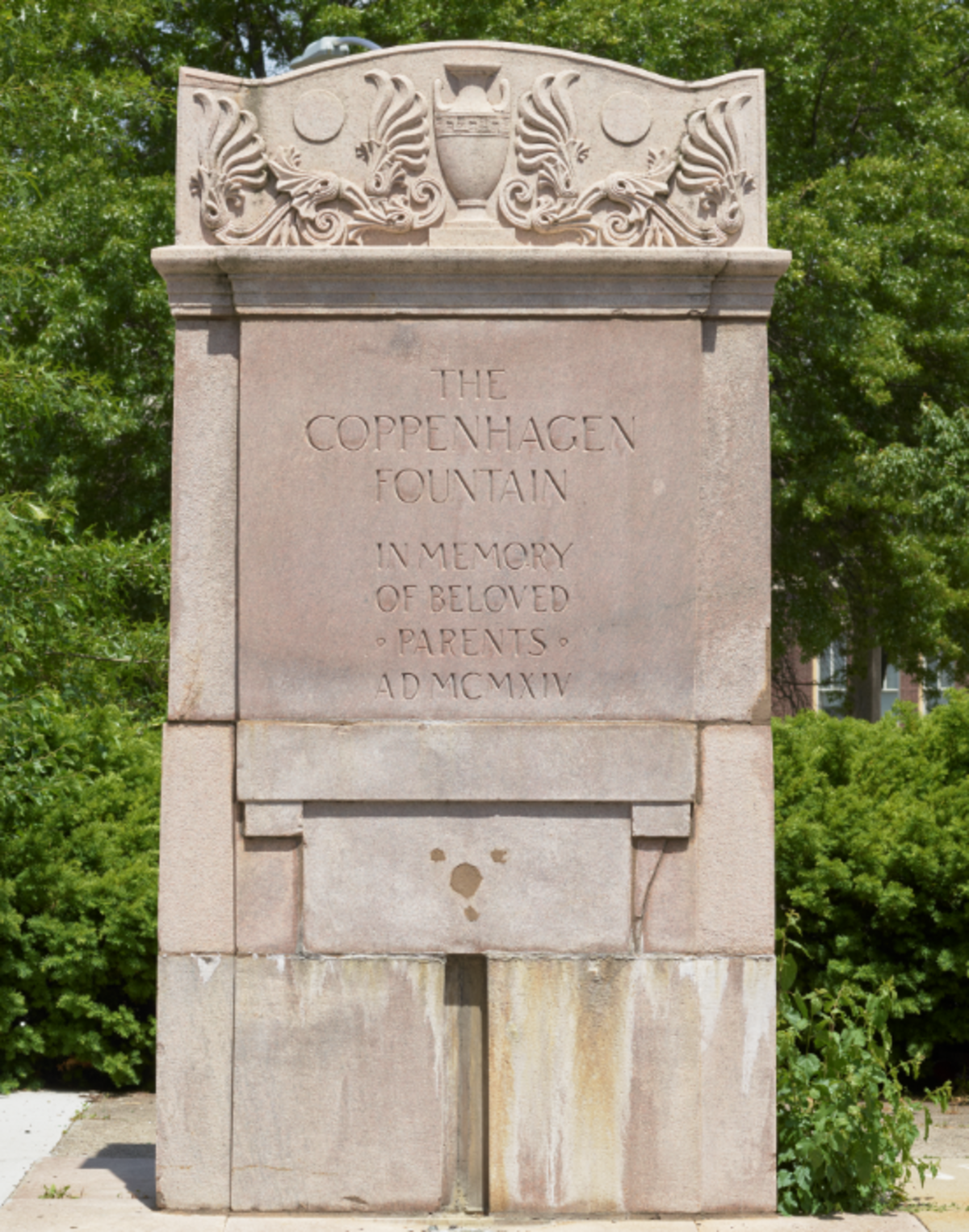 Work is set to begin on the Fern Cunningham artwork on June 14, then Daedalus will begin work on the Coppenhagen Fountain the week of June 20.

If you have any questions about these or other works in our collection, we encourage you to contact us at bac@boston.gov or share your contribution with us via this online form.