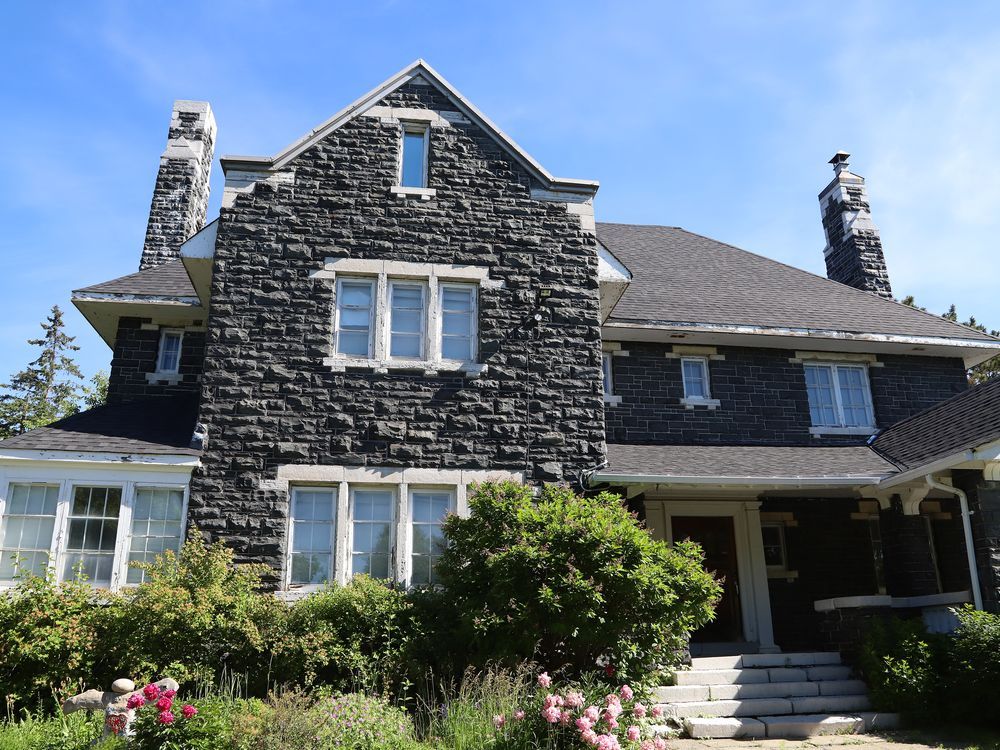 Laurentian says it could sell the Bell Mansion, but has no plans to put any artwork on the block.

The stance shared on Monday comes amid much speculation about the future of the Art Gallery of Sudbury and the many valuable pieces it considers part of its collection.

“Laurentian University has always owned these assets and has made them available to the Art Gallery of Sudbury for display, consistent with the university’s desire that they be accessible and enjoyed by the public,” said the university. “The Bell Mansion building is the only asset the university has expressed a possible intention to sell. No decision has been made to sell any artwork.

Last week, AGS released its own statement, expressing concern over the fate of numerous paintings and other artworks that Laurentian may claim as its own and potentially unload as part of its financial restructuring.

“It is important to note that the works of art that make up the Laurentian University Museum and Art Center art collection represent a portion of the gallery’s permanent collections,” the gallery said.

AGS said its board “understands and appreciates the importance and vital role these assets play in the community” and that their goal is to “protect the assets for the benefit of the public.”

In a claim filed last summer as part of the Companies’ Creditors Arrangement Act process, the gallery valued the Bell Mansion and its land at $1.3 million, while securing the work of over $4.8 million.

AGS said it filed the creditor’s case “to ensure the process doesn’t have unintended consequences for the gallery,” given its long-standing relationship with Laurentian.

“To our surprise, the court-appointed monitor has used this proof of claim process to attempt to summarily assert that the art and our premises described therein should be among the assets available to satisfy the creditors of the Laurentian University,” the gallery said.

“In our view, the position taken by the Monitor shows a complete misunderstanding of public art galleries, their role in the societies in which they operate, the nature of their holdings and the history of this issue.”

The gallery has now hired legal counsel and is filing a lawsuit “to prevent these assets from being unfairly and unnecessarily dragged into the CCAA process,” he said.

Laurentian acquired the Bell Mansion in 1969 for the modest sum of $1. Many pieces that make up the university’s art collection have been donated over the years, while others have been purchased.

“We are proud of the Laurentian University Art Collection, we are grateful stewards of the works of art that have been donated to the university and purchased by the university over the past 60 years,” said college on Monday. “(We) look forward to an appropriate resolution with the Art Gallery of Sudbury, or a determination of the art gallery’s claim, to resolve any uncertainties.”

In a report released April 13, Ernst & Young – the company named as a third-party observer in the CCAA process – said it understands that “LU intends to sell the Bell Mansion and may include it, or the proceeds of its sale(s), in the plan it will present to its creditors.The Controller also understands that LU is considering all of its options with respect to the assets of the art collection.

The question of who owns which works of art, however, remains to be clarified, according to Dieter Buse, a retired history professor and former member of the AGS board of trustees.

“Some art was donated to the gallery when it was Laurentian University Museum and Arts Center,” he told the Star in late April. “Some artwork was purchased by LUMAC. Some artwork was donated to the Art Gallery of Sudbury when it became independent in 1996 and some was purchased by the Art Gallery of Sudbury.

From her reading of the Monitor’s latest report, “they mixed it all up, like there was one collection,” Buse said. “It is inaccurate, illegal and unethical.”

In a letter to The Star, Mary Gordon said she was part of the transition team created in the mid-1990s when “Laurentian realized it needed a plan to exit gallery sector” and that she wanted the support of the community. She says she joined on two conditions: “that the process be open to the public; and that all assets (Bell Estate and permanent collection) be returned to the community.

The team reported back in July 1996, she said, and the transition began.

“A new community board has been created to manage the Art Gallery of Sudbury, with successive agreements reached to ensure the transfer of all assets to the new entity,” she writes. “The City of Sudbury has stepped up funding, the provincial and federal governments have provided grants, staff have been hired and the gallery has taken on a new lease of life.

Nearly 30 years later, the “credit controller overseeing the university’s so-called bankruptcy is proposing to sell the assets,” Gordon said. “Let’s be clear: the mansion itself and the land surrounding it, as well as a permanent collection of works of art, acquired over the 30 years that Laurentian owned it, and – hold on tight – works of art that were acquired at no cost to the university, thanks to the insight of the gallery’s curator. Millions of dollars at stake here, every dollar of which belongs to the community.

Gordon maintains that Laurentian’s relationship with the gallery is “fiduciary in nature” and “they must act in the best interest of the community.”

This arrangement, combined with public pressure, persuaded the university’s board of trustees in 1996 “to take a less drastic approach to transitioning the gallery from university to community”, writes Gordon. “For some reason they haven’t transferred the assets yet as promised in the deal they negotiated for the transition.”

She said the gallery has thrived under its current model and management and may well find a new home downtown, under the proposed Junction East project.

“They have proven their skill and vision,” writes Gordon. “For both legal and moral reasons, Governors must now transfer these assets to the Art Gallery of Sudbury, before they are sold to the highest bidder. Anything less is a breach of their fiduciary duty.