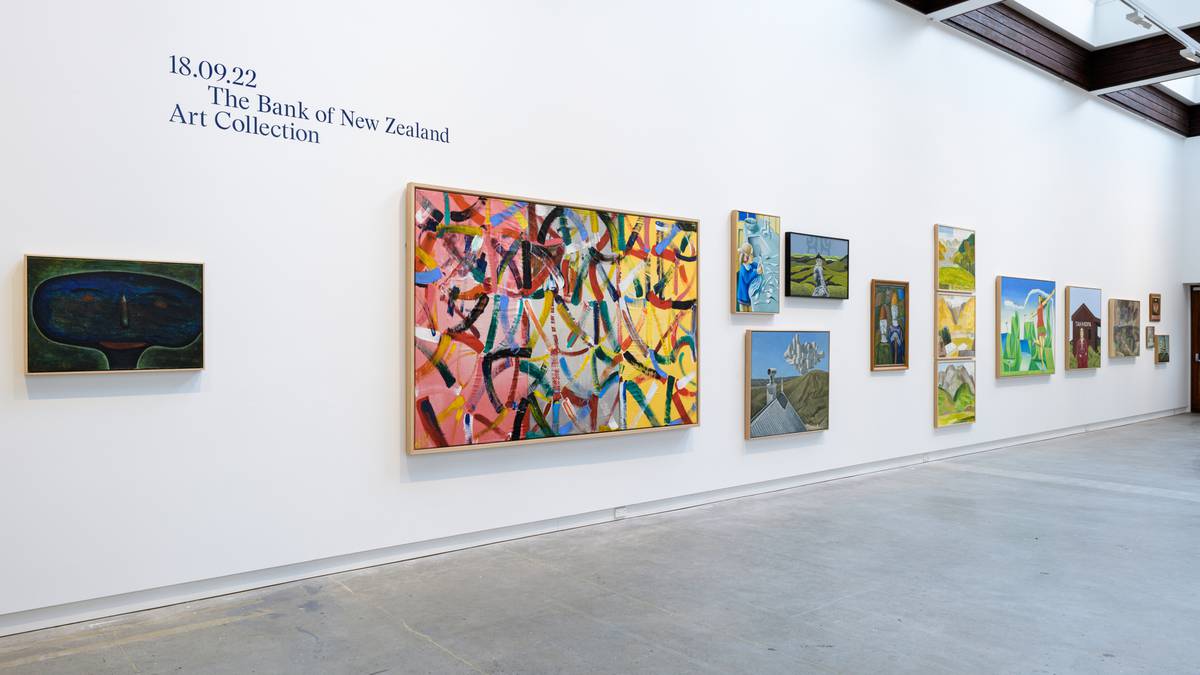 BNZ’s multi-million dollar art collection is previewed at the CoCA in Christchurch this week. Photo / Provided

The first public look at a remarkable multimillion-dollar art collection held by the Bank of New Zealand since the 1980s and set to be sold to fund a charitable foundation is underway in Christchurch.

More than 300 contemporary New Zealand paintings, prints and photographs will be sold by Webb’s at two auctions on September 13 and 27.

A selection of works of art go on tour in August and September to Christchurch, Wellington and Auckland before being sold.

One highlight is Canterbury artist Tony Fomison’s 1982 work The Fugitive.

Proceeds from the auctions will fund a philanthropic foundation set up by BNZ to help organizations across New Zealand that work in communities. Webb’s will also donate a significant portion of its sales fees to the new foundation.

The first preview opened at the CoCA in Christchurch on Wednesday evening and the works will remain on view until Sunday.

In the early 1980s, renowned Wellington art expert and dealer Peter McLeavey was commissioned by BNZ to build an art collection that would represent the best of contemporary New Zealand art.

On behalf of the bank, McLeavey purchased paintings, prints and photographs between 1982 and 1987, an era of economic boom.

The works were to be exhibited at the bank’s new BNZ Center and other branches across the country.

At one point the collection, which included sculptures, reached over 700 works. But by 2013, the collection had been reduced to 350.

“Since the 1980s, BNZ has been the proud custodian of a valuable collection of New Zealand art,” said BNZ chief executive Dan Huggins.

“But after 40 years, it’s appropriate to put time on this role and pass the privilege on to others.

“The people of BNZ will also be proud of the ultimate legacy of the art collection which, through the establishment of the foundation, will enhance our ability to help communities create a better future for themselves.”

Webb’s art director Charles Ninow, who has been working behind the scenes for months to secure the collection, said McLeavey had set out to build an “amazing” collection of contemporary New Zealand art on behalf of the bank.

“Everything in the collection is the best of the best.”