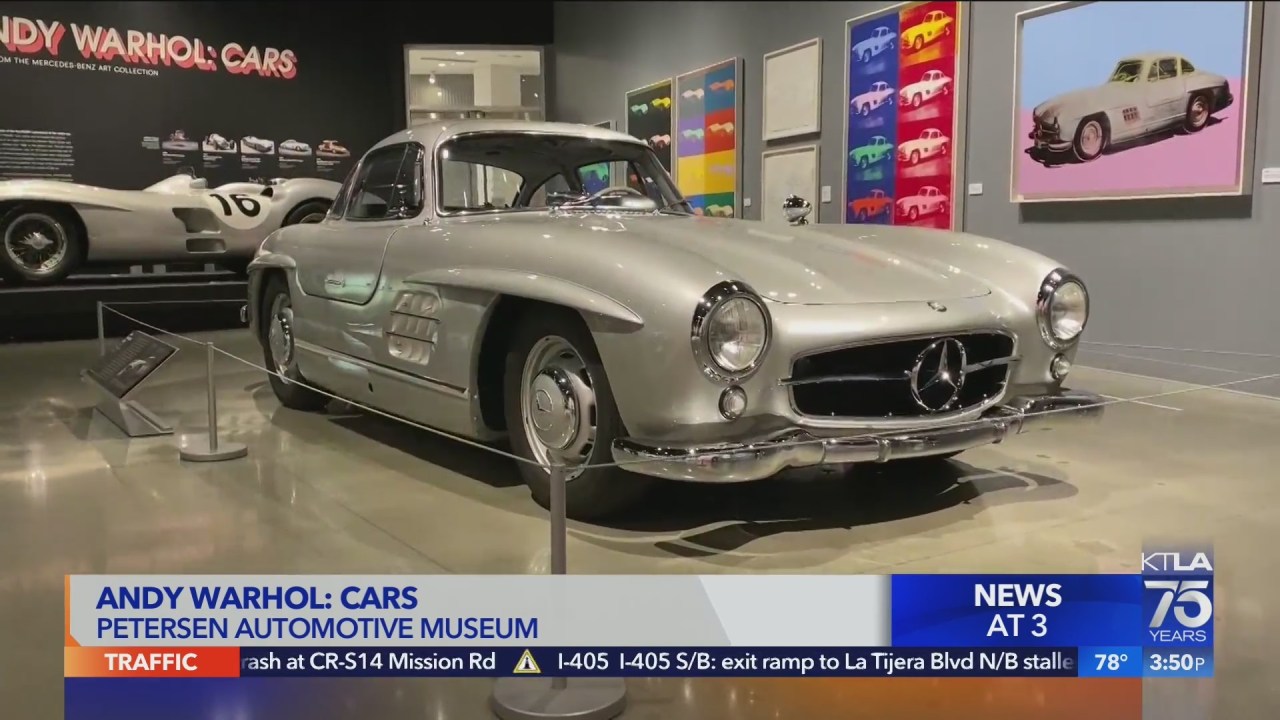 The exhibition features 27 silkscreen prints on canvas and 13 drawings from Warhol’s famous “Cars” series. The world-renowned series includes eight Mercedes-Benz models depicting automotive history. Along with the works, some of the vehicles depicted by Warhol are on display, including the Mercedes-Benz Formula One W 196 R racing car with streamlined body, the Mercedes-Benz 300 SL “Gullwing” Coupé (W 198) and the Mercedes-Benz Car Formula W 125 racing car weighing 750 kilograms.

In a statement, Mercedes-Benz Art Collection Manager Renate Wiehager said: “Since the highly acclaimed presentation at the Guggenheim Museum in New York in 1988, Andy Warhol’s ‘Cars’ series have been invited in major museums around the world. We are very pleased that after more than 30 years, he will be widely seen again in the United States. Warhol’s name has a “mythical” appeal in the context of art, as evidenced by the number of visitors to its exhibitions. This is also true of the Mercedes-Benz brand name in its context, which – materialized by the symbol of the star – has a sure field of connotations: beautiful, fast, modern, luxurious, quality.

The Cars series is one of the last art collections made by Warhol before his death in 1987. Warhol created the series for the 100th anniversary of Daimler-Benz AG. Initially, 80 photos of 20 vehicle models from eight different decades were to be made, but only 36 canvas prints and 13 drawings were made. To date, 30 serigraphs and the 13 drawings are part of the Mercedes-Benz Art Collection. The works can be viewed at various Mercedes-Benz locations and are accessible to employees and the public through recorded guided tours.

If you have any questions, please feel free to contact Gayle Anderson at 323-460-5732, email Gayle.Anderson@KTLA.com or Tweet/Instagram Gayle at ktlagayle.