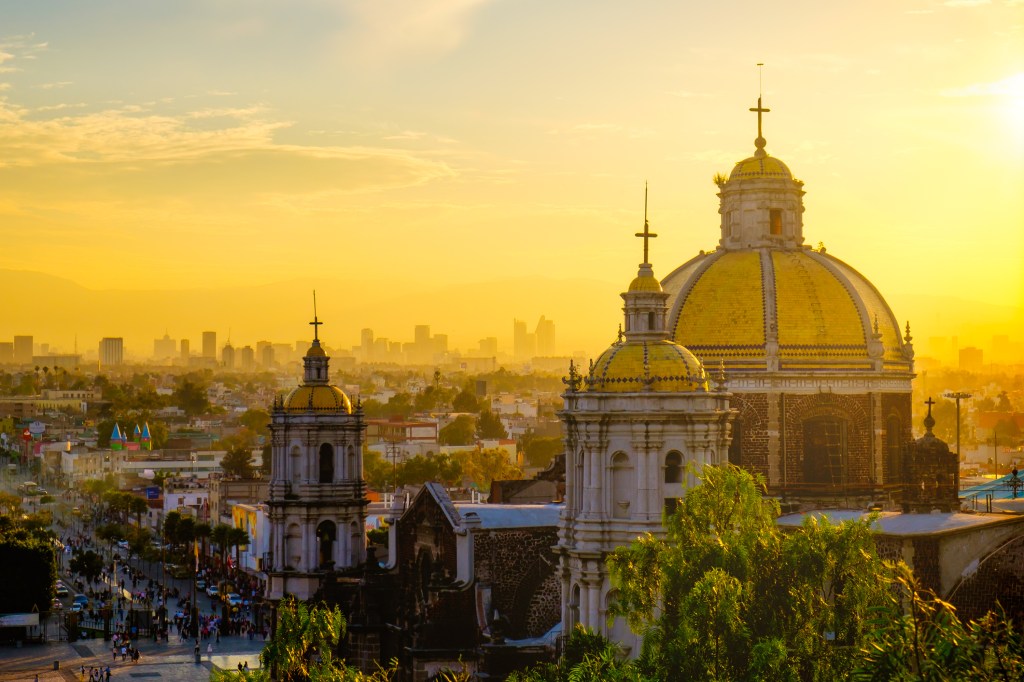 A weekend in Mexico City, online museums and all

I had dreamed, plotted, and mapped out the perfect Mexico City vacation for spring. The weather would be beautiful, the food sublime and the city enchanting. And now…?

I know, of course, that sheltering in place during a raging and tragic pandemic is essential. But – we’re friends, right? Can I confess something? I’m a little disgusted that instead of visiting amazing museums, taking cooking classes, drinking margaritas and eating seafood at Gabriela Camara’s Contramar, I’m spending my vacation week in a state of sameness on the couch, like “Groundhog Day” came to live. Or rather, a “Groundhog Day” in which Bill Murray is obsessed with TP.

In these days of virtual happy hours and everything Zoom, maybe a near-holiday isn’t such a far-fetched idea. Museums have virtual tours. The margaritas will be real. It’s a free faux-cation and you can come too. Viva, virtual Mexico City!

There’s a lot to be said for waking up in your own bed. It’s not as glamorous as a boutique hotel in the trendy Roma or La Condesa neighborhoods of this bustling metropolis, but it’s comfortable — and jet lag isn’t an issue. So coffee in hand – but minus the Panaderia Rosettethe guava pastries we were hoping for – we’re heading to www.youvisit.com/tour/mexicocity/80648 to get the lay of the land.

The site offers a guided tour of Mexico City’s landmarks, from the 360-degree marble grandeur of La Catedral Metropolitana to the ruins of Templo Mayor, the 15th-century Aztec temple that once crowned Tenochtitlán, where Mexico City began. In 1978, utility workers stumbled upon an 8-ton stone sculpture of the Aztec goddess Coyolxauhqui at the site, and excavations continue to this day.

We can however see the ruins better by jumping on Google Maps, dialing Templo Mayor and street view, then drop the little yellow man among the ruins to look around. In fact, we can do a complete city tour like this, jumping from the Zocalo, the huge plaza in the heart of the city’s historic center, to the 1,600-acre Bosque de Chapultepec.

Twice the size of New York’s Central Park, Chapultepec and its forests are home to a zoo, a botanical garden, a lake and nine of the city’s more than 150 museums – more museums than any city in the world – and a Chateau. It’s a real one too. It was the home of a Habsburg emperor, Maximilian I, and his wife from 1864 to 1867.

Today, the Castillo de Chapultepec houses the Museo Nacional de Historia — and there are a virtual tour which takes you through 360 degree views of the grounds, lounges and exhibits. It’s cool online. It’s even better with Cardboard, an inexpensive ($9+) virtual reality headset made from cardboard. Load the YouVisit app on your smartphone, place the phone inside the box, then look through the box’s lenses – and suddenly you’re there on the castle grounds and in a succession of showrooms. Look at the flag waving at the top of the tower. Look down and you will see the stone terrace. Turn around and admire the gardens.

Dazzled and slightly dazed, we take a taco break. Are alone. Followed by a nap. Also real.

And then, a little Netflix streaming – season one, episode two of award-winning James Beard chef David Chang’s food travel series, “Ugly Delicious.” Chang and his friends traveled to Los Angeles, Copenhagen, Tulum and Mexico City in search of the perfect taco. (Warning: the show is beautiful, but the language is PG-13.)

It is best viewed with a margarita and, of course, more tacos or maybe a shrimp tostada or two.

Back in the Virtual Bosque the next day, we head to the enormous Museo Nacional de Antropologia. Founded in 1825, the museum has 23 exhibition halls and a collection of 600,000 objects from the Olmec, Aztec and Hispanic periods. Among the highlights: the Aztec sunstone and a spectacular replica of Moctezuma’s feathered cape. the virtual tour of the museum of anthropology allows you to “browse” the galleries and take a closer look. We spend the rest of the afternoon browsing the museum website for more details on what we saw and all the history we apparently never learned.

And we spend the rest of the week visiting virtually every museum we can find. There is a virtual tour of Casa Azul, the bright blue house of Frida Kahlo, on the Google Arts & Culture site, which features content from 2,000 museums and cultural organizations around the world. Several hours later, we emerge from the site in a daze, having been distracted by the wonders of an entire planet – and eager to learn more.

A virtual tour, perhaps, of Mexico City Palace of Fine Arts, the magnificent Arts Hall, which presents concerts, operas and performances by, among others, the Ballet Folklórico de México.

A little more gourmet television, perhaps. Season one, episode six of Netflix’s “Somebody Feed Phil” sends wide-eyed Phil Rosenthal to Mexico to sample some mezcal and bake some tortillas. And season two, episode three of Netflix’s “Chef’s Table” takes us to Enrique Olvera’s Pujol, Mexico City’s award-winning restaurant that ranks among the best restaurants in the world.

Olvera, which elevates Mexican street food — including tacos — into works of art, is actually featured on all three shows we watched, including “Ugly Delicious.” It is clear that it is a sign.

A sign that we need more tacos – made with handmade tortillas. If Phil can do it, we can do it. We grab Camara’s cookbook, “My Mexico City Kitchen,” and head into the kitchen. For real.

A real vacation benefits the restaurants, hotels and museums of the city you visit. A virtual vacation is free. So why not take some of that budgeted, but unspent money and donate it to a good cause here or abroad? Here are two possibilities:

And chef Pujol Enrique Olvera and journalist Leon Krauze launched a Campaign in Support of Mexican Migrants in the United States, to help support Mexican migrant workers here with financial and health challenges due to the outbreak.

For more travel coverage from the San Francisco Bay Area and beyond
follow us on Flipboard.