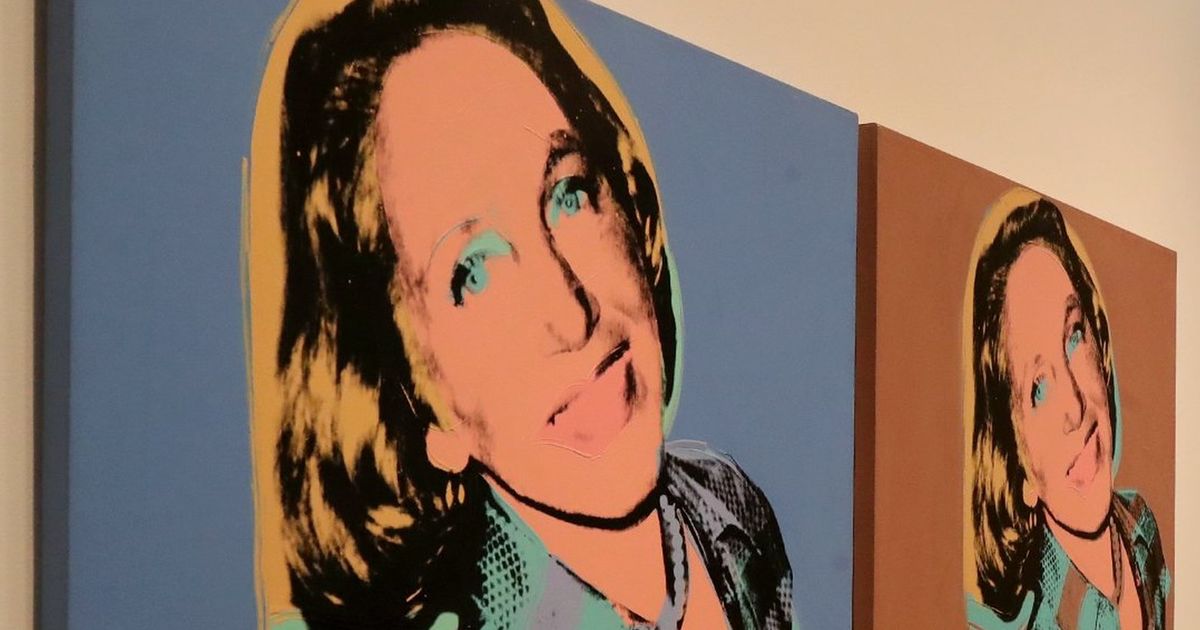 If you’re not careful, abstract expressionism can be dangerous.

The art movement happened more than half a century ago, but the mere mention of Jackson Pollock or Mark Rothko can spark people’s outrage, sending sparks of derision (“my kid could do that” ), snobbery (“uncultivated breast!”) and counter-snobbery (“elitist prig!”).

So imagine the bet Jane Lang Davis took on her marriage in 1970 when she suggested to Richard Lang, her businessman husband of four years, that they go to New York and buy a fancy painting to hang on the above their couch. Lang Davis was a freshly minted member of the Seattle Art Museum’s Council for Contemporary Art – clearly she wasn’t thinking of a Maxfield Parrish poster.

The couple had married in 1966 and in 1970 had built a house in Medina. The way Richard Lang used to tell the story, he was perfectly happy with the way its white walls (sleek for the time) accentuated the view of the water. But in New York they came and went with Franz Kline’s ‘Painting No. 11’ – a bold choice with its few forcefully fractured black lines on an off-white background by one of the virtuosos of Abstract Expressionism.

The Kline was a catalyst. Richard Lang joined the Seattle Art Museum’s board of trustees and the couple became avid collectors, more interested in quality than quantity. After their deaths (Richard Lang in 1982, Jane Lang Davis in 2017), the family’s Friday Foundation donated 19 works, estimated at around $400 million. – as well as $14.5 million, to the Seattle Art Museum.

These works are now installed in “Thrill: The Richard E. Lang and Jane Lang Davis Collection” at the Seattle Art Museum for all to see beginning October 15. It’s a chance to take a look at the mid-century art movement, not through learned eyes, but the eyes of people who looked intently and only bought what they liked.

Their collection wasn’t pretty, said Catharina Manchanda, SAM’s curator of modern and contemporary art, who recalled walking into the Langs’ home where visitors almost immediately had to face the large “Study for a portrait” by Francis Bacon – which looks like a woman dissolving and not too happy, her teeth bared and the bones visible through her flesh. (For Bacon, humans are mostly meat and teeth; he had a thing for butcheries.)

“They were all about confrontation,” Manchanda said. “When they bought something new, they sent invitations to see and have long conversations about work.”

The Langs lived with these paintings and sculptures, appearing above beds, desks and sofas, giving us an extra invitation (if any) to look with our guts rather than our intellect. How did Lang Davis feel in front of Lee Krasner’s “Night Watch,” with his dozen or more abstract eyes gazing across an approximately 6-foot-by-8-foot canvas in dark shades of black and hers, that Krasner painted during a long season of insomnia after several heavy losses, including the death of her husband, Jackson Pollock, in a car accident?

Or, more specifically, how do you feel about it?

The collection has many moods to choose from: The sinister swirling ham from Bacon’s “Portrait of a Man with Spectacles I”; the lyrical and springtime gestures of “The Sink” by Joan Mitchell; the not unpleasant tension of Adolph Gottlieb’s “Crimson Spinning #2”, with its messy black void in the lower half and its deep red diamond hovering above. Red, Manchanda pointed out, has its own dense, black splatter cloud pulsating below. Armed with this information, “Crimson Spinning” begins to feel like a study in transcendence, or at least transformation: the malformed mess of life below, and this incorporated, unified, harmonized mess above.

But really, choose your own adventure. There are no wrong answers here.

The gift of art is great, but that $14.5 million doesn’t hurt. The bulk of the donation, $10.5 million, is earmarked for conservation projects — study and maintenance of the Lang’s 19 pieces, of course, but also to strengthen the infrastructure of the museum’s curatorial department.

“For our department, the last 20 years have been a story of progress and pause and progress and pause, largely because of the economy,” said Nick Dorman, chief curator at SAM. “This gift takes us to a whole new level.”

The funds will allow SAM to purchase new equipment, including powerful microscopes, and add a new curator position, allowing Dorman to make more detailed studies of Lang’s works, as well as hundreds of others that have entered the collection over the past decade.

“A lot of it is understudied and very important work,” Dorman said. “It will allow us to examine it, to see what its needs are, to share information with the public and academics. The goal is to give us strength and authority over the work that befits this collection.

The increased capacity of the curatorial department, he added, will also help expedite the establishment of the Asian curatorial studio being built at the Seattle Asian Art Museum.

Beyond the $10.5 million donation specific to conservation, the Friday Foundation also donated $2 million for pandemic relief and $2 million to SAM’s acquisition fund, which the museum is rolling out to purchase new works by women and artists of color, including Senga Nengudi, Dawn Cerny and Dana Claxton (Hunkpapa Lakota).

“Frisson” closes in November 2022, but Manchanda is already imagining ways to showcase Lang’s works alongside other parts of the SAM collection.

“You can think of Abstract Expressionists as a stone thrown into a pond,” she said. “They created great ripple effects.” Future exhibitions may combine works from the Lang collection with artists inspired by Kline, Mitchell, Pollock and others.

You can also associate the artists in the Lang collection with the types of works that inspired their research in the middle of the 20th century. Some of them, for example, were heavily influenced by Asian calligraphy and brushwork.

“How about we show some of the paintings here in the Asian gallery?” Manchanda said. “It’s just an idea. As a curator, I want to create many complex conversations.