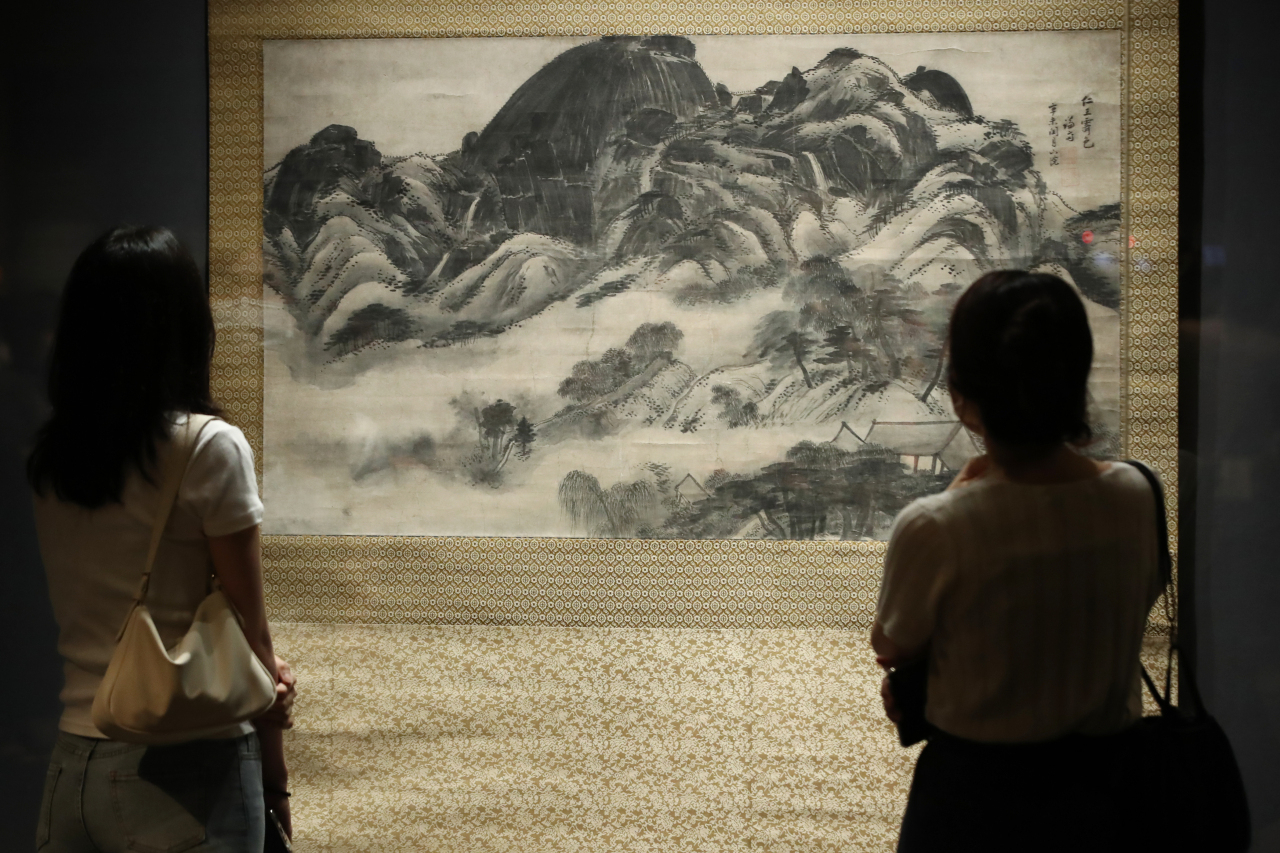 Lee Kun-hee’s art collection will be on display again to mark the 1st anniv. gift

Two national museums will open a joint exhibition of artworks donated by the late Samsung Chairman Lee Kun-hee on Thursday in commemoration of the first anniversary of the donation.

A year ago, Lee’s family donated around 23,000 works of art, including masterpieces by Korean and Western artists, such as Kim Whan-ki, Claude Monet and Salvador Dali, at NMK, MMCA and five public galleries across the country. Lee passed away in October 2020.

The artworks had been collected by the late entrepreneur who said he considered the collection and preservation of cultural heritage a duty of the times in his speech at the opening ceremony of the Leeum Museum of Art, one of the best private museums in South Korea, in 2004.

The two national museums, which hold most of the items in the Lee collection, opened exhibitions in July to showcase the cream of the collection, at MMCA’s Seoul Gallery and NMK in Yongsan, central Seoul. The MMCA exhibition is still ongoing as the institution has extended the popular event, which is believed to have attracted around 100,000 visitors, twice until June 6.

Unlike the special exhibits held last year, however, the upcoming exhibit at NMK will make it easy for people to see the cream of the Lee collection in just one visit.

On display will be 355 objects in metal, clay, wooden furniture, sculptures, calligraphy and oil paintings from prehistory to the 21st century, a number well above the 135 presented during the two previous exhibitions.

Among the 355 objects are also 13 national treasures, including Jeong Seon’s “Inwangjesaekdo” and “Ilgwangsamjonsang,” a gilt-bronze standing Buddha triad believed to be from the 6th century during the Three Kingdoms period.

Some of the major paintings will only be exhibited for one or two months lest they be damaged by long exposure to lighting.

“This special exhibit was designed to reflect on the meaning of collecting and donating and to highlight the diversity of artwork donated by the late president,” NMK said in a press release.

Tickets can be reserved on the Interpark e-commerce site and purchased on site. Reservations started a month ago, and all tickets for this month and next month have sold out. Tickets for June can be reserved from 2 p.m. on Monday. (Yonhap)