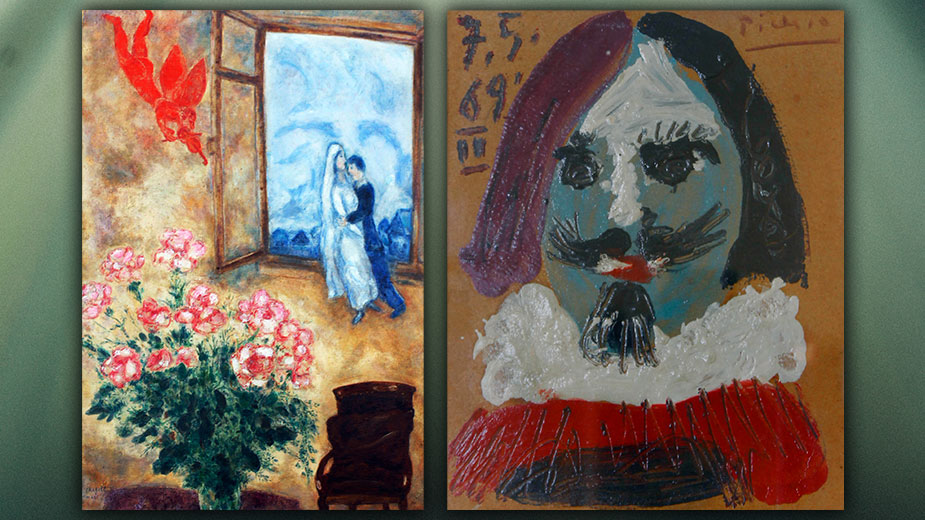 YOUNGSTOWN, Ohio — Paintings and sculptures by some of the world’s greatest artists will be shown to the public for the first time in an exhibit that opens Sunday at the Butler Institute of American Art.

The late industrialist David M. Draime and his wife, Cecile, amassed the remarkable collection, selecting each piece for its beauty and the way it moved them. The 50-piece exhibit, titled “Selections from the Private Collection of David M. and Cecile Draime,” will run through August 7.

The Draimes have been generous benefactors of The Butler, and Louis A. Zona, director and curator of the museum, marveled at their collection during his many visits to their home. The couple collected art with love and intelligence, Zona said, and were driven only by their appreciation of each piece.

“Their collection is extensive,” he continued. “It’s just pieces that they loved.”

In her introductory essay for this exhibition, Zona wrote: “[The Draimes] enjoyed being surrounded by art that they found engaging, stimulating and personally appealing. If one needed to describe their personal tastes, the term “classical beauty” could certainly sum up much of the art they loved and lived with.

Max Draime died in 2006. When Jeff Draime, their son, offered The Butler the opportunity to exhibit pieces from the collection, Zona jumped at the chance.

“He knew how much we love this collection,” Zona said.

Max Draime was the founder of Stoneridge Inc., an industrial company that manufactures automotive parts in its factories around the world. During their trips to Europe and elsewhere to visit these plants, the Draimes visited art galleries.

“Most of what he bought are European masterpieces,” Zona said. “That wasn’t his only purpose in the collection. It just happened. Their collection was very informal.

Asked to choose his favorites from the exhibition, Zona hesitated but then opted for the three paintings by Soulages and the Chagall, as well as a massive piece of fabric by Valdes.

Zona also mentioned the Chen Chi: a stunning 36.5-inch by 62-inch watercolor of a New York cityscape titled “5th at 57th Street.” The Draimes displayed it in their dining room, he said.

But the work that best symbolizes the personality of the Draime collection, according to Zona, is a life-size sculpture by Henry Moore that the couple had “lovingly placed” in their own garden. “The Draimes researched this sculptural masterpiece for years before acquiring it as an anchor for their extensive collection,” Zona writes in her essay.

Pictured above: Works from the Draime collection include Marc Chagall’s ‘The Betrothed at the Red Angel’ from 1935 and Pablo Picasso’s ‘Head of a Man’ from 1965.